The Corona Virus—1918 All Over Again?

Clusters of a dozen or so deaths may get nonstop “if-it-bleeds-it-leads” press coverage.

But the lack of preparedness for the really, really big threats may be met with virtual radio silence—until panic breaks out. The worst, possibly existential, threat is the stealthy, invisible one that multiplies exponentially—in the accurate sense of the term: 400 cases today, 800 tomorrow, then 1,600, 3,200, 6,400, 12,8000, 25,6000, 51,2000, and 1.024 million after only eight doubling times. Biological threats proliferate—until they run out of susceptible victims.

In 1918, the great influenza pandemic killed as many people in 11 months as the medieval Black Death did in four years. Ultimately, at least 50 million may have perished. Young healthy people, especially young soldiers headed off to the front in World War I, succumbed quickly. To avoid interfering with the war effort, the U.S. government denied and covered up the threat, preventing the implementation of public health measures.

Since then, the world has gotten smaller. A virus that jumps the species barrier from animals to humans in a meat market in China can cross the Pacific in hours. And despite the expenditure of $80 billion on a National Biologic Defense, the U.S. is arguably no better prepared than it was in 1918, state Steven Hatfill, M.D., and coauthors in their new book Three Seconds until Midnight.

As in 1918, we lack a vaccine or wonder drugs, but must rely on non-pharmaceutical interventions (NPI), and on public health authorities to track and try to contain the spread of infection. Accurate information is critical. Can we trust governmental authorities to tell the truth? Travel restrictions, quarantine, closing businesses, and cancelling public events have a huge economic and potential political cost.

There can also be incentives to exaggerate the threat, in order to sell poorly tested vaccines or drugs. The 1976 swine flu epidemic was almost a non-event; more people were probably injured or even died from adverse effects of the heavily promoted vaccine.

The World Health Organization (WHO) has so far declined to declare the corona virus outbreak a global emergency, although cases have been reported in more than a dozen or so countries. China reported only hundreds of “confirmed” cases—while countless additional cases were not tested because of lack of diagnostic test kits.

This virus has occasioned the quarantine of entire cities, for the first time since medieval times. This could not be done other than in authoritarian China, states virologist Steven Hatfill, but even there is unlikely to be effective—especially if 5 million people had left before the order was implemented.

The People’s Liberation Army has sent 450 medical personnel to Wuhan to help out at local hospitals, which are crammed with patients lying in packed corridors. Construction workers are reportedly trying to build a 1,000-bed hospital in Wuhan in five days. The U.S. and other nations are evacuating their citizens from Wuhan. 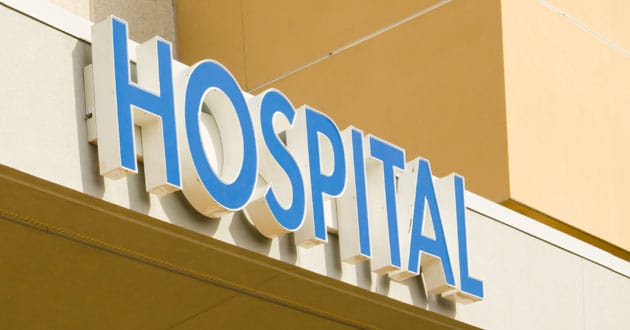 A report of 41 hospitalized patients in Wuhan, published in The Lancet, showed that patients were relatively young (median age 49) and fewer than half had an underlying illness. Only 66 percent had been exposed to the Huanan seafood market, the apparent source of the infection. One patient (2 percent) had no fever; all had pneumonia; 29 percent had severe respiratory distress syndrome; and 12 percent had acute cardiac injury. Most cases may be very mild, facilitating more rapid spread.

The corona virus is transmitted by droplets coming into contact with mucous membranes, including the eye. It can persist on surfaces for days. People without fever or symptoms can transmit the illness during the incubation period, which might be as long as two weeks. At present, definitive diagnostic testing is available only from the Centers for Disease Control and Prevention (CDC).

In a severe outbreak, people whose job is not critical may need to stay home. Those who do not have a supply of food, essential medications, or other needed supplies would likely end up in a frantic crowd. Personal protective gear, for people who need to be in contact with the public or care for a sick family member, is already out of stock in medical supply houses. This includes gloves, wrap-around eye protection, and N-95 protective masks—regular surgical masks are probably of little help.

Panic is never helpful; staying calm is always good advice. But failure to heed previous warnings of the need for robust disaster planning, and complacency about medical technology and governmental resources, has set the stage for potential unprecedented disaster.

Individuals need to recognize that they themselves, and not 911 or the emergency room or the Federal Emergency Management Agency, may hold the key to their family’s and their community’s survival. Local authorities need to know that they may be on their own. For now, stock up on supplies; cover those coughs and sneezes; wash hands frequently for at least 20 seconds; avoid crowds; and stay aware, as the situation could change rapidly.

No Vaccine? No Transplant. No Kidney-ing!