When Netflix and Disney announced a major deal five years ago that gave the streaming giant exclusive pay-TV rights to Disney-umbrella movies beginning in late 2016, few observers outside of Hollywood realized the significance of the pact.

But now, nearly a full year into the contract – which includes Marvel, Pixar, and Lucasfilm movies — the implications are clear.

Gone are the days when Disney theatrical releases would broadcast on HBO, Starz and other similar channels before streaming on Netflix or Amazon Prime. Now, blockbusters are moving from the box office to Netflix within a matter of months.

June is a prime example of the trend. This month, Moana (PG) and Trolls (PG) – two of the most popular animated films last year – begin streaming on Netflix. 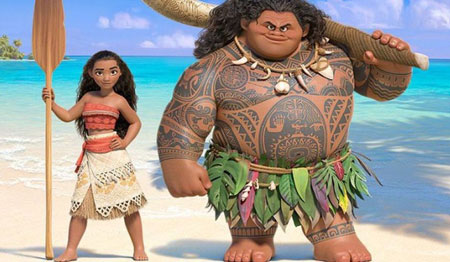 Moana (June 20) follows the story of a young girl (named Moana) who lives on a bountiful Pacific island that suddenly stops producing food. The fishermen can no longer catch fish and the coconut trees stop making fruit.

So, Moana, her pet pig and her (nutty) pet rooster set sail across the ocean to find the powerful demigod Maui (voiced by Dwayne Johnson), who rules over the wind and sea. Her goal: to get Maui to restore the heart of the island goddess Te Fiti – an action that in turn will return sea and plant life to the island.

There’s a lot to like about this Disney musical. The songs are spectacular and the colorful ocean scenes are amazing. It’s also genuinely funny.

That said, Christian parents will want to put on their worldview caps. Moana promotes polytheism, animism and reincarnation – beliefs that are found in religions throughout the world. (GotQuestions.org is a great website for parents who need theological assistance.) Moana has a bit of potty humor but no coarse language. It also contains no sexuality.

Trolls (June 7) is another musical that had moviegoers walking out of the theater singing. It tells the story of Princess Poppy (Anna Kendrick) and her overly optimistic Troll friends, who believe that singing, dancing and hugging are all you need to do to be happy. Unfortunately for them, the ogre-looking Bergens, who live in the same forest, have discovered another path to happiness: eating Trolls.

When the Bergens attack Troll Village and capture all but two of our miniature heroes, all hope seems lost. Can the two remaining Trolls — Princess Poppy and her friend Branch (Justin Timberlake) – find and rescue their friends?

Trolls is certainly entertaining, but it comes with some baggage. The scenes with the dreadful-looking Bergens will be too scary for some small children. It also contains four instances of “oh my G-d” – which is disappointing to hear in a kids’ movie.

Finally, parents may want to discuss the source of happiness with their children. Poppy tells us that “happiness is inside” all of us. Really? Scripture (Romans 3:10-11) says just the opposite. I tell my kids that the only source of true joy is Christ.

Other notables this month are: 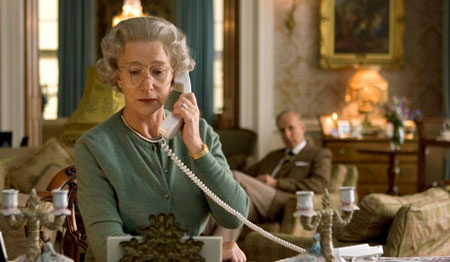 The Ant Bully (PG, 2006) – Lucas Nickle is a boy who loves to torment ants – until he magically gets shrunk and then meets them face to face. Animated. Rated PG for some mild rude humor and action. June 1.

The Queen (PG-13, 2006) – Set in the late 1990s, this drama recounts the behind-the-scenes story of Queen Elizabeth II’s reaction to Princess Diana’s death. Netflix’s The Crown is better, but still, this one is good. Live action. Rated PG-13 for brief strong language. June 1.

World Trade Center (PG-13, 2006) – Police officers John McLoughlin and Will Jimeno survived when the twin towers fell on them in 2001. This is their story, and it’s not easy to watch — especially if you’re claustrophobic. Live action. Rated PG-13 for intense and emotional content, some disturbing images and language. June 1.

Star Trek Beyond (PG-13, 2016) – The Starship Enterprise crew continues its mission to “explore strange new worlds” – and in this one they find some of the strangest. If you’re counting, it’s the 14th Star Trek movie. Live action. Rated PG-13 for language, sequences of sci-fi action and violence. June 17.

Hulu
Barnyard (PG, 2006) – When humans aren’t looking, the cows and chickens apparently talk – and try to teach their kids responsibility. At least, that’s what Ben the cow is trying to pass on to his party son Otis. Animated. Rated PG for some mild peril and rude humor. June 1. 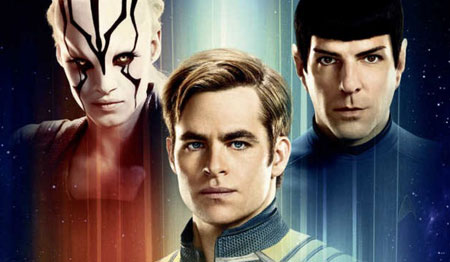 Foust has covered the film industry for more than a decade. Visit his website, MichaelFoust.com

Trending In Entertainment and Celebrity News, News and Anecdotes on Humor