When 65 needy refugees from Southeast Asia began attending Michael Spurlock’s tiny church in Smyrna, Tenn., about a decade ago, he didn’t hesitate to welcome them, even though the struggling congregation was on the verge of closing its doors.

Still, a question lingered in his mind: If the church of only 12 members couldn’t pay its own bills, how could it meet the needs of others?

The answer, he says, came from heaven.

Spurlock was walking through a large field owned by the church one day when he sensed God telling him, “I’ve given you land, and I have sent you farmers from the other side of the world. Get to work.”

The solution seemed simple enough. The Karen refugees who fled Myanmar (Burma) had extensive experience in agriculture, and Spurlock’s congregation — All Saints Episcopal Church – had plenty of property. It even was adjacent to a creek. Church members and the Karen people could partner to grow vegetables, which then would be used to feed hungry mouths or sold to raise needed revenue.

The plan exceeded everyone’s expectations, and by the end of the first summer 20,000 pounds of produce were harvested.

An inspirational movie based on Spurlock’s story will release in theaters Aug. 25. Called All Saints (PG), the Affirm Films/Provident Films movie also follows his struggles: his decision to oppose the order to sell the building, and then the battle to save the 2010 crop from a once-in-a-century flood.

“What drew me to welcome them was my understanding of Scripture, which commends hospitality to strangers, and helping people in need,” Spurlock said. “I did hesitate, for a moment, because I feared my already vulnerable church didn’t have the resources to really help the Karen, but I couldn’t reconcile myself to turning them away, either. So, I told them that I didn’t know how anything would work out, but for them to come to church and we’d try to figure things out together.”

Even though the Karen had extensive experience in agriculture, Spurlock did not.

Yet he quickly learned about planting and harvesting, not only from the refugees but also from the county’s agriculture department. He also faced less resistance from those around him than he expected.

“When I began sharing the news that God intended for us to start a farm, I kept thinking someone would bring me back down to earth and tell me I was crazy,” he said. “But everyone, from my congregation’s leadership to my bishop to experts in agriculture kept telling me how exciting this was, and kept asking how they could help.

The “only real resistance,” he said, came from “two or three members of the congregation.” They eventually left the church.

At one point, the project almost cost Spurlock his life.

“I remember trying to teach one of the Karen to drive the tractor … and nearly getting crushed by the back wheels because I was standing too close showing him how to operate the clutch,” Spurlock said.

There were other obstacles, like the 2010 flood that devastated Nashville and the surrounding region. The church lost its early crop that year and some of its equipment. But everyone quickly bounced back.

Spurlock wants moviegoers who watch All Saints to see God’s power at work.

“God directed us, provided for us, encouraged us, and in the end salvaged a situation that we were, at one time, prepared to write off as a loss, but God saved us,” he said. “I want people to leave the theater with a renewed sense that God is alive and well, and still working in His world today,” he said “And I would pray that we each open ourselves to that living presence in our own lives, and expect that He can and will do powerful things for us.”

All Saints is rated PG for thematic elements. Learn more at www.allsaintsmovie.com.

Foust is an award-winning freelance writer and father of four small children. He blogs about parenting at michaelfoust.com. 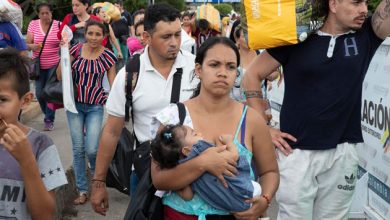 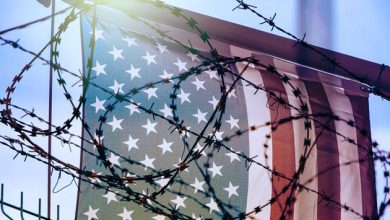 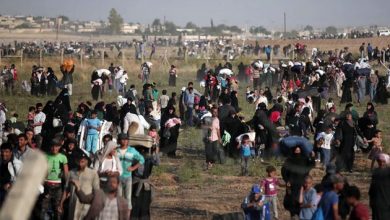 One boy’s Christmas wish for peace in Iraq