I didn’t cry when PBS’ Downton Abbey went off the air, but I thought about it. After all, what would replace my infatuation with yesteryear British aristocracy?

Then Netflix launched The Crown, which gave us a story not just about aristocracy but a royal family: that of Queen Elizabeth II. I was hooked.

And now I have discovered a third binge-worthy British series, and it may be as good as the first two. It is PBS’ Victoria, which follows the life of Queen Victoria, who was 18 years old and woefully unprepared when she took the throne in 1837 but reigned over the United Kingdom for 63 years.

Like Downton Abbey, Victoria first aired on ITV in the UK before becoming a part of PBS’ Masterpiece series.

Victoria was fifth in the line of succession at birth but became queen through a series of unexpected family events during her teenage years. (Her grandfather was the Revolutionary War’s King George III.) With a sheltered upbringing and standing at only five-feet tall, she had plenty of doubters who wanted to see her replaced. In the PBS series, many question her intelligence and temperament.

“Her wits are too fragile,” one person says.

“She’s too impulsive to be queen,” says another.

Season 1 succeeds because it gives us a Queen Victoria worth rooting for. She’s flawed, yes, but also humble. She shows graces to others. She learns. We want her to prove her detractors wrong.

The series has elements we enjoyed in Downton Abbey and The Crown. Like Downton Abbey, PBS’ Victoria spotlights the lives of the servants. And like The Crown, it shows us a queen who wasn’t prepared to lead. The sets in Victoria are not as extravagant as those in Downton Abbey, but the theme song is just as addictive.

Jenna Coleman, previously known for her role in Doctor Who, does a magnificent role in the lead role.

Of course, Downton Abbey (Amazon Prime) and The Crown (Netflix) are on streaming platforms, as well. (Both come with caveats for families: Downton Abbey includes a same-sex angle with a problematic scene in the first episode, and The Crown contains a flash of African native nudity in the second episode. The Crown also includes a gory surgery scene.)

Meanwhile, have you ever wondered why Americans are so enamored with shows about British royalty – besides our attraction to the accents? My guess is that it’s a combination of things: First, we long for simpler times. Second, we’re spellbound by the mysterious and secret lives of royal families. And third, we have a natural desire for kings and queens – which in the best circumstances are an earthly picture of the ultimate King. In PBS’ Victoria, the queen even is called “the Lord’s anointed.”

Amazon Prime
New in Town (PG, 2009) – A businesswoman (Renée Zellweger) from Miami is sent to frigid-cold Minnesota to oversee a blue-collar manufacturing plant. It’s hilarious. It’s also one of the cleaner Hollywood romances out there. Rated PG for language and some suggestive material. Aug. 1. 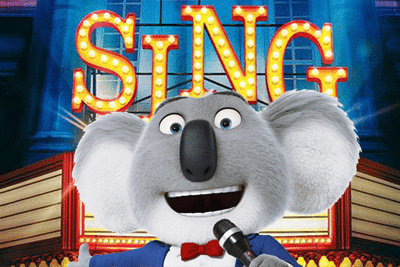 Sing (PG, 2016) – A theater owner attempts to save his business by holding a singing competition. It’s a funny animated film, although some parents may find the music and dance choices problematic. Rated PG for some rude humor and mild peril. Aug. 3.

I Am Sam (PG-13, 2002) – A mentally challenged father (Sean Penn) fights to keep custody of his 7-year-old daughter. A Hollywood film with a life-affirming message! Rated PG-13 for language. Aug. 18 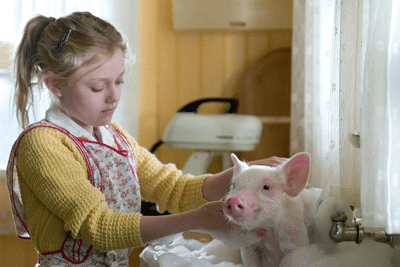 Charlotte’s Web (G, 2006) – Based on the classic novel by E.B. White, this live-action version tells the story of a spider who helps save a pig from the dinner table. A delightful children’s film with lots of life lessons. Rated G. Aug. 1

Spider-Man, Spider-Man 2 (PG-13, 2002 & 2004). There have been three versions of Spider-Man in the past 15 years; this was the first one and starred Tobey Maguire. Both are rated PG-13 for violence and action. They also contain some sensuality and language. Aug. 1.

— Michael Foust
Foust has covered the film industry for more than a decade. Visit his website, MichaelFoust.com