Fall movie preview: There’s something for everyone

Home » Fall movie preview: There’s something for everyone

An action-packed summer movie season ended with a dud in August, as studios opted to save their best releases for a later date.

Thankfully, though, Hollywood is giving us plenty of promising movies this fall – from faith-based to animated to superhero flicks.

Following are the films I’m monitoring. This list comes with a major caveat: I have not screened any of these yet. Proceed to the box office with caution. 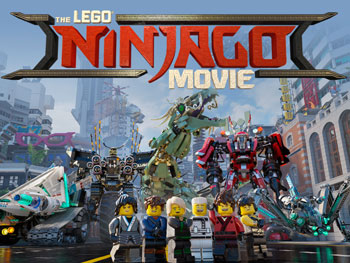 Ninjago (Sept. 22, PG) – It’s an animated Lego movie. Need I say more? This martial arts flick is based on the Ninjago Lego characters and tells the story of Master Wu, Master Builder Lloyd and their friends as they try and defeat the evil warlord Garmadon. Rated PG for some mild action and rude humor.

A Question of Faith (Sept. 29, PG) – The lives of three families collide when they are impacted by a pair of tragedies. Pure Flix, an independent faith and family studio, is behind this one. Rated PG for thematic elements.

Mully (Oct. 3-5, not rated yet) – A Kenyan boy raised in poverty grows up to become rich and then help the country’s abandoned children. Focus on the Family is helping promote this three-night event.

My Little Pony (Oct. 6, PG) – Twilight Sparkle and her magical friends must defeat an evil force that is threatening Ponyville. Rated PG for mild action.

The Mountain Between Us (Oct. 6, not rated yet) – Two strangers — a man and a woman – must set aside their differences and learn how to survive when their place crashes in the midst of snow-capped mountains. It’s being called a romance-disaster, but the trailer hints that it’s mostly a survival film. We’ll see.

The Stray (Oct. 6, PG) – A stray dog helps save a marriage and a family, not to mention several lives during a lightning storm. Based on a true story. Rated PG for thematic elements, including a perilous situation.

Marshall (Oct. 13, PG-13) – Chadwick Boseman stars in this biopic as a young Thurgood Marshall, the first African-American Supreme Court justice. The film, though, follows Marshall during his pre-high court days, as he works as an attorney in a sexual assault/attempted murder case. Rated PG-13 for mature thematic content, sexuality, violence and some strong language.

Same Kind of Different As Me (Oct. 20, PG-13) – Based on a New York Times bestselling book, it tells the story of an international art dealer who befriends a homeless man who helps save his marriage. The faith studio Pure Flix is behind this one. Rated PG-13 for thematic elements, including some violence and language.

Thor: Ragnarok (Nov. 3, not yet rated) – Thor must stop Hela – the goddess of death — from destroying his homeland. First, though, he gets involved in a battle with Hulk. Wouldn’t “Thor vs. Hulk” have been a better title? 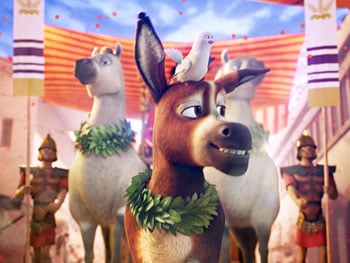 The Star (Nov. 10, not yet rated) – This faith-based animated film tells the Nativity Story through the eyes of animals, and is brought to us by Sony Pictures and Affirm Films (War Room, Heaven Is For Real).

Wonder (Nov. 17, PG) – A fifth-grade boy with facial differences who has had multiple surgeries enters school for the first time. Based on a book. Rated PG for thematic elements, including bullying and some mild language.

Coco (Nov. 22, not yet rated) – The latest Pixar movie follows a boy who longs to become a famous guitarist despite his family’s ban on music. To reach his goal, he visits the “Land of the Dead.” The verdict’s still out on this one.

— Michael Foust
Foust has covered the film industry for more than a decade. Visit his website, MichaelFoust.com