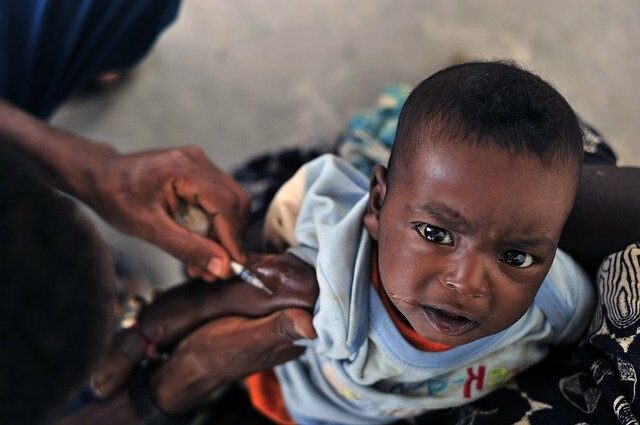 As the holidays are in full swing, millions of Americans may be fired if they do not get the booster shot. This comes as reports of the COVID-19 vaccine causing myocarditis and death in both children and adults come flooding in. However, while companies think they might be able to get away with mandating the booster shots, multiple lawsuits are piling up.

CNN reported just before Christmas that many employers are starting to require vaccine passports to return to work. The article also says employers will begin to mandate the booster shot. While the reasons behind the new mandates are unclear, considering the previous booster shot and vaccine have not prevented the spread of COVID-19, that isn’t stopping businesses from thinking they actually own their employees’ bodies and can demand they inject themselves with a hyper-experimental gene therapy vaccine that some experts say can alter recipients’ DNA.

However, just because businesses want to participate in gene therapy, that doesn’t mean it is Constitutional (or even legal). Multiple organizations, such as Liberty Counsel, are representing hundreds of first responders who are saying “no” to mandatory vaccines and booster shots. Even the Federal Governent is getting sued. The Supreme Court is currently hearing a case that will decide whether Biden’s vaccine mandates (and future booster shot mandates), which have been rejected in multiple appeal attempts, are Constitutional.

The Booster Shot Mandate Faces Tough Challenge In US Courts

One case that recently hit the Supreme Court’s docket which could decide the fate of mandating a booster shot or vaccine is a massive consolidated lawsuit by 25 State Attorneys General challenging Biden’s ability to mandate vaccines or the booster shot. These states collectively argue the Biden administration cannot constitutionally mandate vaccines.

However, employers who are working independently of the Biden mandate are also facing lawsuits over the vaccine. One pilot of United Airlines is suing his company for placing him on unpaid administrative leave for refusing to get the experimental vaccine. The pilot has flown for United Airlines for years, but says he will not take the vaccine nor the booster shot because they violate his beliefs. By placing him on unpaid administrative leave, the cannot retire, cannot collect his retirement pension, and lost his company insurance. he is effectively placed in limbo by his comany all because he will not get a vaccine.

But it isn’t just airlines that are getting sued. Multiple unions are also suing to ban booster shot and vaccine mandates. The National Retail Federation, National Federation of Independent Business, and American Trucking Association are all suing Biden for trying to mandate vaccines and booster shots. Outside of vaccine mandates, Biden is also being sued over child mask mandates in a brand new lawsuit from 25 State Attorneys General.

Scientists are worried about how the booster shot affects young adults. Myocarditis is a recurring, persistent side effect of vaccinated young adults who get the booster. Dr. Over Levy, a member of the FDA’s vaccine advisory panel, said that young people are more at risk for myocarditis from the booster shot than other age groups, and that, since they are at the lowest risk for dying from COVID-19, the risks are not worth the approval. This could mean that companies that mandate booster shots are literally playing with the lives of their employees.

Even the CDC is beginning to take note, and has written a page warning young adults that myocarditis is a known and serious symptom of the mRNA vaccines. Further, one scientist has linked the COVID-19 booster shot to parkinson’s disease. In a piece for Citizen’s Journal, Dr. Stephanie Seneff told Dr. Joseph Mercola in an interview that she found a possible link between the number of booster shots one receives and the onset of Parkinson’s disease.

Additionally, the latest data from VAERS, the Vaccine Adverse Event Reporting System, shows the total COVID-19 death toll stands are more than 20,000 people. The most recent breakdown from VAERS Analysis shows 20,622 people have died from the COVID-19 vaccine and more than 100,000 people have been hospitalized.

Even further, more than 41,000 people had an allergic reaction to the mRNA vaccines, of which 162 died. It is unsure how many of these allergic reactions or deaths came from the booster shot, but with the current medical consensus that these booster shots do carry a risk of myocarditis, it is possible a sizeable portion of these deaths and other side effects came from the shots.