Editor’s Note: “The Lies You Don’t Know About Planned Parenthood” will be a web series featuring the President of Hosea Initiative, Terry Beatley.

You know the lies; now it’s time for the truth about Planned Parenthood’s agenda of population control, abortion and false feminism. Consecrated in the shadowy history of racism and propaganda, Planned Parenthood found a friend in obstetrician Bernard Nathanson (“Abortion King”) who directed that Planned Parenthood enter the abortion business. Between 1970 and 1979 — Nathanson oversaw 75,000 abortions, 5,000 he performed himself (on his babies, too) as part of the abortion lobby group NARAL Pro-Choice America, one of the most influential lobby groups today. They helped elect Barack Obama and 27 new pro-choice members of Congress; they boasted on their website.

CNJ talked with Terry Beatley, President of Hosea Initiative. She is working to fulfill the promise made to Dr. Nathanson on his deathbed during an interview, the regretful father of America’s abortion industry, to teach America how he deceived America with the lie that abortion is women’s healthcare. He told Beatley to “teach the strategy” of how he betrayed our country about abortion.

We also unearthed the truth about Margaret Sanger, who spoke of purifying those as “unfit,” a plan she said would be the “salvation of American civilization.” Sanger’s American Birth Control League (ABCL), joined other groups and formed Planned Parenthood. Margaret Sanger was also a eugenicist.

The full interview is available to watch below.

More on our guest:

Terry Beatley is the author of What If We’ve Been Wrong? Keeping my promise to America’s “Abortion King.” In a rare interview in 2009, Terry accepted the pro-life mantle of Dr. Bernard Nathanson, co-founder of NARAL. She promised to arm Americans with the truth of how he deceived America with the lie that abortion is healthcare. Terry is president of Hosea Initiative, a 501(c)(3) educational organization focused on changing hearts and minds about abortion by bringing this healing truth. She also consults political candidates on how “life” is the winning issue through Broaden the Base Communications, LLC. 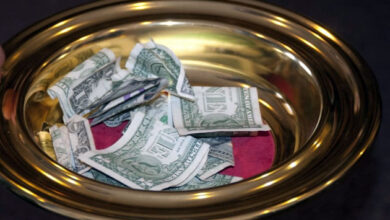