We can visualize where we were and recall what we were doing when we stopped to watch our televisions as two passenger planes hijacked by Al-Qaeda terrorists slammed into the Twin Towers of the World Trade Center.

Then we watched as another hijacked plane slammed into the Pentagon and another crashed into a field in Pennsylvania.

In stunned silence, we witnessed the first, and then the second tower collapse in heaps of rubble.

In the forefront of our minds was the shock of “Is this really happening?” but in the background was the disquiet of  “What does this mean for the future?” We realized that our borders were not impenetrable, our defenses were not impregnable and our nation was not invulnerable.

I visited Ground Zero only days after the horrific attacks and watched as smoke billowed from the ruins and firefighters and emergency personnel worked tirelessly to retrieve the bodies of the deceased. Our church supplied free meals to the courageous firefighters and other personnel working at Ground Zero. We also supplied chaplains to minister to the people of New York City in cooperation with the Billy Graham Evangelistic Association.

To say it was a tragic and heartbreaking scene is an understatement.

In the days that followed, I was interviewed by a number of reporters who asked how something so horrible, so unthinkable, could take place in the United States.

I reminded them that not only is there a God, but there is also a devil. I told them that humanity is not inherently good, as we often hear. I said that the Bible teaches that all of us are sinful. Many of them seemed shocked to hear this, but it’s true. Man can be bad—very bad. But God is good.

It may come as a surprise to some people that the Bible does not promise a life that is free from suffering. But it does promise the presence of God for the person who believes. The Bible promises that God will help us through that suffering if we allow him to.

In the weeks following that horrific September day, we as a nation recognized our need for God like never before. Places of worship were filled in ways we had not seen in our lifetime. As we collectively sought solace, it was my hope and prayer that this renewed interest in God would ultimately lead to a nationwide revival.

But that has not happened. And in some ways, it seems as though the United States, 20 years later, is unraveling before our eyes.

What, then, is the future of our country? Are our greatest days still ahead?

Judgment will come to every nation of the world, including ours. But I’m praying that we will see at least one more spiritual awakening before it is too late.

Rome, for example, was once the reigning superpower on the face of the earth. It had the most powerful military anywhere. But before Rome collapsed externally, it collapsed internally.

I think we would do well to look at the soul of our country right now. I am all for strengthening our nation’s defenses, for tracking down and eliminating known terrorists and for uniting as a nation to protect innocent people from wicked individuals and their warped ideologies.

But we would be remiss if we ignored the sin and brokenness in our own nation. When we look at the problems in the United States today, we may point to various individuals. But I want you to notice where God points when a nation breaks down spiritually and morally. He says, “If my people who are called by my name will humble themselves, and pray and seek my face, and turn from their wicked ways, then I will hear from heaven, and will forgive their sin and heal their land” (2 Chronicles 7:14 NKJV).

So is there any hope for America?

I think the answer is a resounding “yes.”

My prayer is that we would repent and see our need for God. May God help us to turn back to him, who loved us so much that he sent his son, Jesus Christ, to redeem us.

And let’s keep praying for those who lost their loved ones 20 years ago, for those who suffer the trauma of war and for our brave Afghan allies who now face life under the Taliban.

As we collectively grieve today, may we remember the words of Jesus: “Blessed are those who mourn, for they shall be comforted” (Matthew 5:4).

I vividly remember speaking at the Brooklyn Tabernacle shortly after Sept. 11, 2001. The church wanted to help support the firefighters that were working tirelessly to still find people alive in the wreckage of the World Trade Center. They hosted a worship service and asked me to speak.

When I invited them to put their faith in Christ, I was so moved to see a number of those firefighters come forward for prayer, heads bowed, calling on God, wearing uniforms still covered in dust.

Our nation needs to do the same. We need to humble ourselves.

The Lord will hear and answer our prayers, as he did for those firefighters that night in Brooklyn 20 years ago.

Greg Laurie is the senior pastor of Harvest Christian Fellowship with campuses in California and Hawaii. He began his pastoral ministry at the age of 19 by leading a Bible study of 30 people. 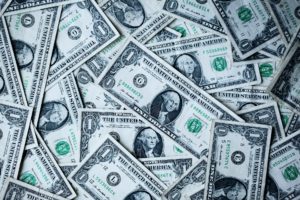 FBI Warns That Fraudsters Are Posing As Brokers or Investment Advisers