July 31, 2020, was like any other night, so David Drum, the founder of J17 Ministries, thought before going to bed for the evening.

Except God never sleeps and in an exceptional moment — Drum received an urgent request from the Lord.

He was directed, “Get up and write this down.” He was instantly awakened and did what God summoned him to do. Drum went back to bed. Then, there was a prompting for the second time.

We all know when God speaks, there’s no going back to sleep.

“I’m not finished,” the Lord spoke.

The author of Peace Talks: The Good News of Jesus in a Donkey Elephant War obeyed and returned to writing down what the Lord said.

Drum was instructed to unite one million people to pray — especially against the likelihood of anarchy if the national election results were not accepted as legitimate. Another prayer point is that any voter suppression and/or voter fraud would be exposed and rectified. The Lord also instructed to rally one million people to stand at major intersections to pray across the nation on Election Day, Nov. 3.

God had further tactics to make the plan work.

Another strategy the Lord desired was for people to wear purple shirts and to invite the nation’s heart back to Him.

Shirts have both the “hashtag #PrayForTheUSA and website URL on it, so “people can find out more about how to pray for the USA,” the website stated.

Drum, a pastor, is not taking political sides, as both political parties seemingly would call into question whether the losing side will accept the 2020 Presidential Election’s legitimacy. His site clearly states, “This call is NOT for prayer that a specific candidate/party win or lose the election.”

This is a stark reminder of Matthew 5:9 and part of Jesus’ Sermon on the Mount in which He said, “Blessed are the peacemakers, for they shall be called the children of God.”

Go to PrayForTheUSA.net today and pray for unity in America, regardless of political position. Why? Irrespective of the election results, there will be unrest.

Trending In Everyday Stories of Evangelism, The Latest on Christian Service 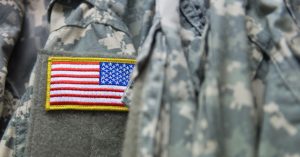 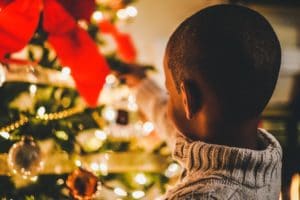