Northern New Mexico has something for everyone

Home » Northern New Mexico has something for everyone

Up until recently my only exposure to Northern New Mexico was through the eyes of various artist renderings of the state just north of the Mexican border. But during an eight day road trip I saw firsthand the breathtaking mountain ranges and beautiful adored landscapes that inspired such paintings.

Pecos National Historical Park
My first stop on the Northern New Mexico emersion experience landed me at the remains of an Indian pueblo. This stop was a meaningful reminder of the people who once prevailed in this region. Pecos Pueblo dominated a major trading route between the farming Pueblo Indians and Great Plains’ hunters. The pueblo was also a way station on the Santa Fe Trail. This site is the setting of a continuous story of human habitation covering a 7,000-year period. Today, Pecos National Historical Park preserves evidence of the life of a prehistoric Southwest people and also tells part of the story of the Spanish exploration of America.

With the Spanish came the Church, establishing a cathedral near the Pecos pueblo. Tensions between the Spanish and the Pueblo culminated in the Pueblo Revolt, but not before Christianity and traditional Pueblo religion began to divide the native people. The guide for our group was a walking textbook of knowledge that homeschool families would especially appreciate.

Sante Fe
Santa Fe, which means Holy Faith in Spanish, is New Mexico’s fourth largest city behind Albuquerque, Las Cruces and Rio Rancho. Situated at 7,000 feet in the foothills of the southern Rocky Mountains, it was founded between 1607 and 1610, making it the second oldest city as well as the highest and oldest capital in the U.S.

Santa Fe has long been a center for arts and culture. With several options to fill my plate, but only a few days, I opted to challenge my culinary abilities at the Sante Fe School of Cooking. Susan Curtis opened SFSC in 1989 to showcase local agriculture and the distinct cuisine of the region. Now, Susan and her daughter, Nicole Curtis Ammerman, offer year-round cooking classes and food tours, operate an adjoining Market, and write cookbooks — all to pass along theirpassion for this region’s culinary offerings.

A highlight for me was meeting energetic Rocky Durham, a professional chef based in Santa Fe. I was honored to be instructed by this award winning chef. The first of my two days under his tutelage, we made four variations of tamales. During this hands-on class I learned the time-honored tradition that comes with the art of making tamales. On day two we learned how to make chicken tortillas with a New Mexico flare.

“The different ways to create tamales is limited only by your imagination,” said Durham. “Keeping your mixture moist, however, is one key component that will separate your tamales from the rest.”

Rocky also led my small group on a walking and tasting tour of four of the city’s most well-known restaurants. The behind the scenes experience took us to Rio Chama Steakhouse, Inn of the Anasazi, La Boca and Il Piatto.

The property is located in central Santa Fe, close to Lensic Theater, Palace of the Governors, and San Miguel Mission. Nearby points of interest also include New Mexico State Capitol and Museum of International Folk Art, and yes, just down the block from the Sante Fe School of Cooking.

Georgia O’Keeffe (1887-1986) was both a premier modernist and an inspiring woman. The artistic brilliance of O’Keeffe revolutionized modern art in both her time and in the present.  With her paintings she vividly portrayed the power and emotion of objects of nature. The Museum and its Research Center are both Pueblo Revival-style buildings located two blocks from the historic Santa Fe Plaza.

Ghost Ranch
O’Keeffe came to New Mexico in 1929 as a guest of Mabel Dodge Luhan in Taos. Beginning in the mid-1930s, she lived and worked at a house at Ghost Ranch, near Abiquiu, purchasing the house in 1940.

Part of our ‘O’Keeffe experience’ included a tour bus ride to the restricted area of Ghost Ranch where we saw the scenes and actual locations of O’Keeffe’s paintings. The shining red and yellow cliffs of the Piedra Lumbre, the black trails of waterfalls against canyon walls, and her beloved Pedernal Mountain — all interwoven with stories of her fifty years at Ghost Ranch in Abiquiu.

Chama at Elkhorn Lodge
The Elkhorn Lodge is a family and pet friendly mountain lodge nestled amongst the giant pines and cottonwoods along the Rio Chama. Located on the main highway leading into Chama, the retreat-like setting has cozy log facilities includes 22 spacious motel rooms all equipped with cable TV, in-room telephones, and full baths.  Also available are 11 country cabins with fully-equipped kitchens. The cabins accommodate from two to ten people, and are excellent for small groups, families and church gatherings.

This is a great destination for the adventurer who likes to climb and get their hands dirty. There are cliff dwellings that you can climb into using ladders to reach. The Main Loop Trail takes the hiker past the Big Kiva, Tyuonyi, Talus House, and Long House.

Manhattan Project
Also in the area is the Los Alamos National Laboratory.  The laboratory was founded during World War II as a secret, centralized facility to coordinate the scientific research of the Manhattan Project, the Allied project to develop the first nuclear weapons.

The Manhattan Project was carried out in extreme secrecy. By 1945, the project had nearly 40 laboratories and factories which employed approximately 200,000 people. Among those involved were some of the greatest scientists at the time. Included in this lot were Albert Einstein, Enrico Fermi, Richard Feynman and J. Robert Openheimer.

Cumbres & Toltec Scenic Railroad
As a person who enjoys model railroading, this train ride was like none I had experienced before.

Hidden away in a little-known corner of the southern Rocky Mountains on the border of New Mexico and Colorado is a precious historic artifact of the American West that time forgot. Built in 1880 and little changed since, the Cumbres & Toltec Scenic Railroad is the finest and most spectacular example of steam era-mountain railroading in North America. Its equipment, structures and vast landscape exist today as if frozen in the first half of the twentieth century.

We boarded for the four hour train ride in Chama, New Mexico. An all-day, 64-mile excursion through the Rockies, we left Chama at 10 a.m. and arrived in Antonito about 4 p.m. Traveling through the glorious Rocky Mountains, we also went along the rim of the 800-foot deep Toltec Gorge, through Mud Tunnel, Rock Tunnel and crossing the 137-foot tall Cascade Trestle.

Angel Fire Resort
Angel Fire is a haven for outdoor adventurists, so wax your skis, get out your snowboards and lace up your hiking boots.  But that is just the beginning. You can also find cross country skiing, tubing, snowshoeing, snowmobile rides and ice fishing.

Some of the highest peaks in New Mexico are in this laid back mountain town. It truly is a four-season recreation destination – perfect for family vacations, reunions or church groups. Just steps from the Chile Express Chairlift and condominiums and homes only a few blocks from the slopes, Angel Fire Resort is set up to be your home away from home.

Angel Fire Learn to Fly Fish
One of my favorite movies is A River Runs Through It, produced by Robert Redford. A feature film that uses object lessons from fly fishing that can also be applied to life, a thrill for me was to step into the cool stream of the Cimarron River to discover my own fly fishing applications.

Angel Fire Resort arranged for professional guide Spencer Seim, who works for well-known New Mexico fly fishing guide and author, Van Beacham, for a day learning the rudiments of fly casting. Van is the owner of The Solitary Angler, a fly fishing guide service in Taos, and is also the author of Flyfisher’s Guide to New Mexico.

While I practiced my cast with vigor, there were no Rainbow or Brown trout’s to brag about. Even without a fish on my line, Spencer was a great guide and certainly a master of his craft – most likely a commentary on my casting inabilities more than anything. I did, however, recall the saying, “a bad day of fishing beats a good day in the office” on any day of the week.   Be sure to visit: Pecos National Historical Park, www.nps.gov/pecos, 5500 acres of original pueblo land and village

Hotel St. Francis, www.hotelstfrancis.com, a Heritage Hotel named for the patron saint of Santa Fe, it’s just around the corner from the Palace of the Governors and features handcrafted wood furniture by local artists and a menu of local foods

Ghost Ranch, www.ghostranch.org, and The Georgia O’Keeffe Museum, www.okeeffemuseum.org, along with O’Keeffe’s Abiquiu home, a great way to learn more about the artist, her work and her love of New Mexico

Elkhorn Lodge, www.elkhornlodge.net, a great overnight stop with creek-side cabins in Chama, the southern end-spot for the Cumbres & Toltec Railroad

Trending In Stories on Travel and Tourism 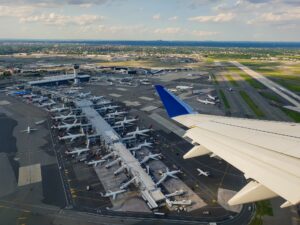 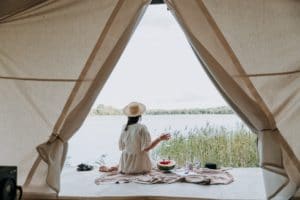 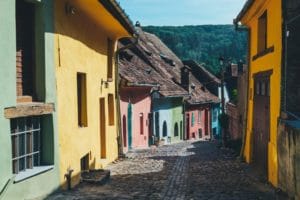 Reasons Why Bucharest Should Be Your Next City Break 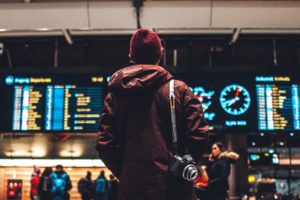 How Safe Is It to Travel During the Holidays? 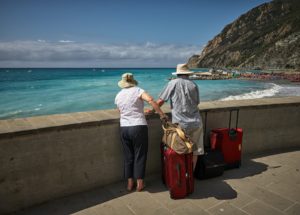 How to Plan a Vacation with Your Partner 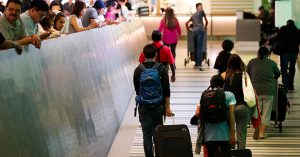 Travel Smart in a COVID-19 World 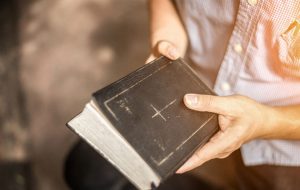 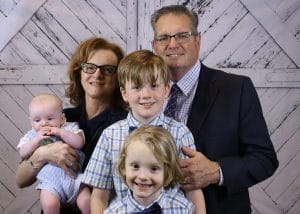