Cities across Nigeria are now on lockdown as Africa’s largest country tries to slow the spread of the coronavirus. The pandemic poses a new and terrifying threat to the world, and it has become an added anxiety to Nigerian Christians who are already too familiar with the fear that accompanies long-term threats. For years, Boko Haram and Fulani militants have targeted Christians for kidnapping, extreme violence, and massacres. In March and April, further reports of attacks by Fulani militants reached us involving assaults on villages in four Nigerian states, with some 23 churches burned and nearly 30 Christians killed. 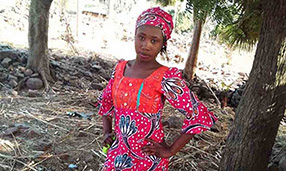 Leah Sharibu is one of 110 young schoolgirls kidnapped in 2018 by a Boko Haram faction in northeastern Nigeria during an attack on an all-girl science and technical school. She was just 14 years old at the time. Unlike the rest of the girls (who were released by the terrorists two months later), Leah remains in captivity — over two years after her abduction. The reason? She has bravely refused Boko Haram’s demand to convert to Islam and abandon her Christian faith.

Because Leah held fast to her beliefs, Boko Haram militants enslaved her. Recent reports suggest that Leah has given birth to a baby and is suspected to be a victim of a forced marriage to one of her captors.

Leah’s story is one representation of the relentless attacks Nigerian Christians face. These ongoing assaults have included widespread murder, atrocious maiming, gang rape, globally broadcasted beheadings, and the burning alive of countless Christians victims in their homes and churches.

Two factions of Islamist jihadis are responsible for most of the violence. One is Boko Haram. The terrorist group known for kidnapping 276 young girls from their Chibok school in 2014, Boko Haram continues its assaults in northeast Nigeria, and its influence is broadening to surrounding countries. Much of West Africa is rapidly becoming a danger-zone for millions of residents, making security more important than ever.

Another murderous faction is identified by the innocent-sounding name “Fulani herdsmen.” The Fulanis’ violence is sometimes attributed to property confiscations for the intended use of pastureland. However, thanks to documented evidence of carnage, brutality, and Islamist ideology, the Fulanis’ religious motivation has been exposed.

Young women who survive, like Leah Sharibu, are taken captive and enslaved, and their kidnappers demand their conversion to Islam. If they refuse, they often disappear. Or in Leah’s case, they tragically become public-relations props for their captors.

This month, FRC is focusing on a faraway land with which many Americans have little contact. But for the sake of our Christian brothers and sisters there — comprising nearly half of the country’s huge population — let’s remember Nigeria’s Christians. They face both the deadly COVID-19 pandemic and ever-increasing anti-Christian violence.

And please remember to pray for Leah Sharibu. Her fate remains uncertain, but we remember her courage and faithfulness.