In a dramatic assault on free speech, Twitter has kicked the president of the United States off its platform permanently—defying its own stated promise of “defending and respecting the user’s voice” as part of its “core values.”

In a statement on Friday, January 8, Twitter declared the following: “After close review of recent tweets from the @realDonaldTrump account and the context around them—specifically how they are being received and interpreted on and off Twitter—we have permanently suspended the account due to the risk of further incitement of violence.”

The platform enacted its permanent ban after President Trump tweeted twice following the abhorrent violence that occurred at the U.S. Capitol on Wednesday, January 6. The action follows a similar ban of Trump by Facebook.

Earlier on Wednesday, before Congress met to certify the Electoral College results of the November presidential election, Trump addressed thousands of supporters in a raucous rally outside the White House. Twitter suspended Trump’s account that day for 12 hours—but then, on Friday, chose to close him out for good.

The two Trump tweets that earned Twitter’s final wrath were these: “The 75,000,000 great American Patriots who voted for me, AMERICA FIRST, and MAKE AMERICA GREAT AGAIN, will have a GIANT VOICE long into the future. They will not be disrespected or treated unfairly in any way, shape or form!!!” The second Trump tweet was this: “To all of those who have asked, I will not be going to the Inauguration on January 20th.”

Twitter insisted that the second tweet was “being interpreted as further indication that President Trump does not plan to facilitate an ‘orderly transition.’” And both tweets, it said, violated the platform’s “glorification of violence policy.”

This draconian step by Twitter, however, is far from the only example of censorship that is reverberating across the country. Parler—the pro-free speech site to which conservatives had been flocking—has been shut down as a result of action taken by tech giants Apple, Google, and Amazon. Apple and Google booted the site from app stores, denying users access to the site; following that, Amazon removed the site from its web servers, depriving it of a hosting platform.

John Matze, Parler’s CEO, appeared on Fox News over the weekend and explained that Parler was told to find a new platform for its servers within 24 hours. That, he said, was “an impossible feat” to accomplish. Added Matze, “Every vendor from text messages services to email providers to our lawyers all ditched us, too, on the same day, and they’re trying to falsely claim that we were somehow responsible for the events [that] occurred on [January] 6th.”

Matze also said, “They’re doing it to stifle free speech and competition in the marketplace. This could happen to literally anybody.”

Related: Faithdom Connects a Community of Believers on One Platform

As Will Chamberlin, senior counsel at the Internet Accountability Project, put it in a new column in The New York Post, “Conservatives are facing a collective, inescapable, yet private regime of discrimination and censorship.” He added, “The only institution powerful enough to defeat this cartel is the federal government.”

Mark Levin, attorney and conservative talk show host, believes the mainstream media is “exploiting” the mayhem at the Capitol in an effort to “silence” conservatives and Republicans; he shared those thoughts on “Life, Liberty & Levin.” Yes, all Americans “should be furious about what happened on Capitol Hill”—but there must also be an acknowledgment that “the media have played a huge, huge role in what’s going on in this country.”

In another example of cancel culture, a new book by Sen. Josh Hawley (R-MO)— scheduled to be released on June 22 by Simon & Schuster—has been scrubbed. The publisher said in a statement last week, in part, “We take seriously our larger public responsibility as citizens, and cannot support Senator Hawley after his role in what became a dangerous threat to our democracy and freedom.”

Hawley called the publisher’s scrapping of his book “Orwellian” and a “direct assault on the First Amendment.”

He also vowed to see the publisher “in court.”

Ironically (or not), Hawley’s book was entitled, The Tyranny of Big Tech. It was to argue that today’s big tech companies “represent the gravest threat to American liberty since the monopolies of the Gilded Age.” The Missouri Republican had been one of the first to express his intention to challenge the results of the Electoral College vote that declared Biden the winner of the November election.

In other developments, House Democrats declared on Sunday that they intend to push forward with an article of impeachment, asserting that Trump represents “an imminent threat” to the U.S. Constitution and American democracy. First, however, Speaker Nancy Pelosi (D-CA) plans to pass a resolution asking Vice President Mike Pence to invoke the 25th Amendment—which would permit Pence and the Cabinet to claim that Trump should not remain in office. That effort is expected to fail. Rep. James Clyburn (D-SC) said on Sunday that it could take as long as 100 days for an article of impeachment to be sent to the Senate.

Many Republicans, however—while vehemently denouncing the violence, destruction, and tragic loss of life that took place at the Capitol—also seriously question how any of the Democrat plans suggest the “unity” that Biden had promised earlier.

As of today, Trump has eight days left in office.

For more U.S. news and headlines of the day from Christian News Journal, click here.

Maureen Mackey is a writer, editor, and web content strategist. 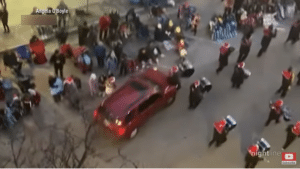 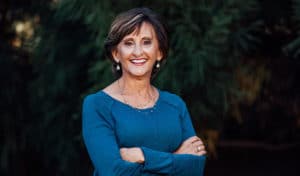 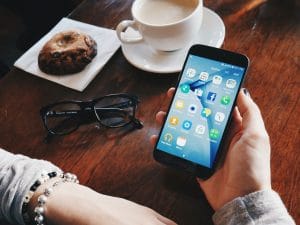 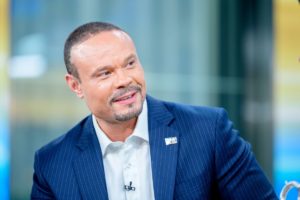 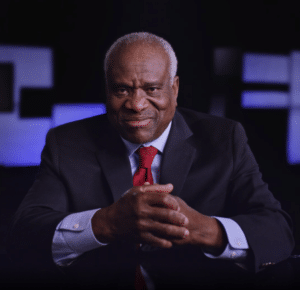 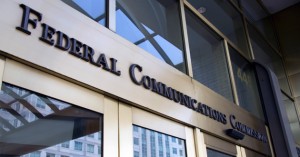 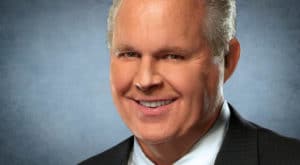 Social Media Is Ripping Us Apart, Majority of Americans Say in New Poll

4 Things Social Media Teaches Us About Spreading the Good News