School districts in Minnesota, Wisconsin and Rhode Island are considering proposed policies that would allow transgendered students to participate in their high school sports teams based on their preferred gender identity, not the sex they were assigned at birth.

Alliance Defending Freedom has delivered letters to the Minnesota State High School League, Wisconsin’s Sparta Area School District, and Rhode Island’s Westerly Public Schools that ask them to reject new proposed rules that would require schools to allow children to use bathrooms and changing areas reserved for the opposite sex.

ADF offered a suggested policy for school districts that addressed the concerns which prompted the problematic policies but do not require the sharing of bathrooms and locker rooms.

There is no federal law that requires public schools to allow boys into girls’ restrooms or girls into boys’ restrooms, according to ADF. Instead, state actions could be exposing themselves to legal liability for violating students’ privacy rights and placing children in potentially unsafe conditions.

“Schools have a duty to protect the privacy, safety, and dignity of all students,” said ADF Legal Counsel Rory Gray. “Any safety and privacy policy should respect the needs of all children because every child matters. No policy should be tailored to a few students at the expense of every other student.”

“Schools can accommodate a small number of students that have different needs without compromising the rights of other children and their parents,” added ADF Senior Legal Counsel Jeremy Tedesco. “No child should be forced into an intimate setting – like a bathroom or a locker room – with a child of the opposite sex. Our model policy provides a solution without exposing schools to liability and children to threats to their privacy and safety.”

The ADF letters explain that no Minnesota, Wisconsin, Rhode Island, or federal law requires schools to open bathrooms and changing areas to opposite-sex students and that providing such access endangers children’s privacy and violates the rights of both students and parents.

The letter to the Minnesota State High School League additionally explains that athletic associations that have private, religious schools as members have no authority to violate the constitutionally protected religious freedom of those schools by demanding they adhere to such policies.

All three letters cite pertinent legal precedent, including court rulings that support the right of public schools to restrict restrooms to members of the same sex for safety reasons without violating Title IX. 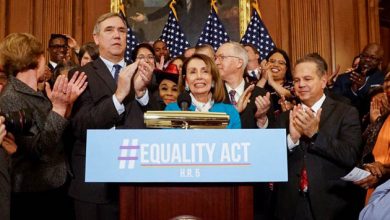