“Andy Chan has put his life on the line for the sake of freedom in Hong Kong now and for future generations,” said Jay Aeba, who serves on the Advisory Board of Free Press Foundation. “Without freedom of the press, the world cannot be aware of the showdown taking place throughout Asia.”

On Aug. 31, 2019, Chan was arrested in Hong Kong in route to J-CPAC (Japan Conservative Political Action Conference) in Tokyo. In absentia Chan stated:

In a 2018 speech at the Hong Kong Foreign Correspondents Club, Chan claimed that Beijing was the worst “colonial master” in the former British colony’s history. The speech prompted Hong Kong Chief Executive Carrie Lam Cheng Yuet-ngor to warn Foreign Correspondents Club that, “the government and myself are obliged to uphold national security, under Article 23 of the Basic Law, and local legislation should be enacted to uphold national security.”

“I am glad that foreign friends and allies recognize China is a serious threat to the free world and choose to stand with Hong Kong,” said Chan. “This nomination is important to Hong Kong people that our foreign friends recognize our values, culture, identity and support our sovereignty. We Hong Kong people should be open-minded to our future and start planning our future. I don’t deserve this nomination alone but all the people who have been advocating independence of Hong Kong and who have sacrificed for the course, especially those young people who are fighting fearlessly at the frontline for their nation.”

Chan has been routinely barred from speaking at pro-China organizations throughout Hong Kong but finds himself at the forefront of the protests against Beijing. The Hong Kong police force and other mainland security forces’ actions in 2019 confirmed Chan and the pro-democracy movement’s statements about Beijing’s authoritarian aspirations. 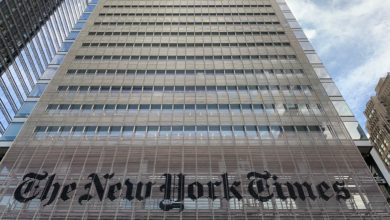