Why Heartbeat International is Standing Up to the American Medical Association

When Emily was only 19, she discovered that she was pregnant. Feeling scared and alone, she thought that abortion was her only option.

Emily drove to a Planned Parenthood where she was given two abortion-inducing pills. But what she wasn’t given was all the relevant information.

Emily’s story has a happy ending. But many women are not given the vital information they deserve to know before they undergo an abortion. If the AMA really believes in women’s right to choose, why are they fighting to hide information from them?

Unfortunately, Emily’s experience is all too common.

That’s why state legislators in North Dakota passed laws that require abortion providers to give women like Emily vital information. For instance, women must be told the scientific reality that abortion ends “the life of a whole, separate, unique, living human being” before she undergoes the life-ending procedure.

Abortion providers must also tell women that “it may be possible to reverse the effects of an abortion-inducing drug if she changes her mind, but time is of the essence.”

Giving women this information before an abortion makes total sense. It is scientifically indisputable that every human life starts at the moment of conception—when an unborn child has its own unique DNA and, like all children, simply needs time and nutrients to continue growing.

Additionally, every doctor performing medical care needs to obtain a patient’s “informed consent.” That requires ensuring that patients have all the relevant information. According to the American Medical Association (AMA) website, “informed consent to medical treatment is fundamental in both ethics and law.”

And yet, the AMA is challenging North Dakota laws requiring that women be given this important information.

The AMA is Putting Politics Ahead of Women

The AMA also mislabels as “unscientific” the reality that abortion ends “the life of a whole, separate, unique, living human being.”

There must be another reason behind the AMA’s challenge to North Dakota’s laws. A woman who knows the many dangerous risks of abortion, what the abortion will do to her child and to herself, and her options as a parent is far more likely to choose life for her child.

Clearly, the AMA’s challenge is purely political. It goes directly against the Supreme Court’s decision in NIFLA v. Becerra, which affirmed that states can freely enact laws ensuring informed consent to abortion by requiring doctors to give truthful, relevant information to women. That’s exactly what North Dakota’s laws do.

But, even more so, it’s disturbing that the AMA—which calls itself the “organized voice of medicine”—is challenging a law that gives key information to women seeking a chemical abortion. This should shock us all. And it could harm women like Emily who deserve to know about all their options.

This is why Heartbeat International, a worldwide network of pregnancy centers with affiliates in North Dakota, asked a federal court to allow it to intervene in this case. And on November 26, 2019, the court granted its request.

Since 2003, Heartbeat International has operated a hotline to connect women to local pregnancy centers. And, since 2018, the organization has operated an abortion pill reversal hotline. And it has already helped hundreds of women—including Emily.

After arriving home from Planned Parenthood, Emily and her sister found Heartbeat International’s hotline after frantically searching the internet. A hotline nurse connected Emily to a local healthcare provider who helped her reverse the effects of the first abortion pill she took. And several months later, Emily gave birth to her son.

Emily’s story has a happy ending. But many women are not given the vital information they deserve to know before they undergo an abortion. If the AMA really believes in women’s right to choose, why are they fighting to hide information from them?

What you stand for is what defines you

Across the U.S., female athletes like Selina Soule and Alanna Smith are being forced to compete against biological males. Activists are pushing schools and athletic associations to adopt harmful polices that allow male athletes who identify as girls to compete in high school women’s sports. This isn’t “progress.” And it’s not fair. These policies violate Title IX, which is designed to protect women’s equality in education and sports. And they rob girls of scholarships, athletic opportunities, and dreams of competing at the next level.

We must stand with athletes like Selina and Alanna. We can no longer remain silent.

It is time to unite as a single voice to boldly proclaim what we stand for. 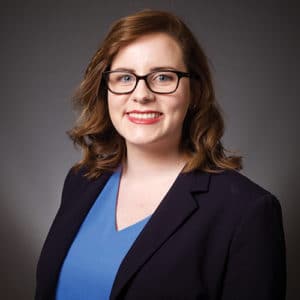 Author Maureen Collins has a passion for writing and politics, and her work has appeared on The Federalist and MRCTV.org.