They stated their goals on foreign policy, taxes, medicare for all and abortion. Issues on these policies vary from the candidates. However, the Democrats’ outlook on abortion showed a united front in its abortion advocacy.

It’s a far cry from the term “safe, legal and rare.” The Democratic party has shifted to the left over the years by backing late-term abortions. In 2020, they have taken an extreme position compared to presidential nominee Barack Obama in 2008.

“I have repeatedly said that I think it’s entirely appropriate for states to restrict or even prohibit late-term abortions as long as there is a strict, well-defined exception for the health of the mother,” he said in an interview with Relevant in 2008.

Here are quotes from the candidates and their positions on abortion.

42 million abortions were performed worldwide in 2018, making it the leading cause of death above cancer and HIV. The abortion rate has been on a decline in America, statistics by the Centers for Disease Control and Prevention, showed.

Corine Gatti-Santillo has spent two decades as an editor, investigative reporter and web content strategist; her work has appeared in The Christian Post, LifeZette and CBN, among other outlets. She is host of the program “Mom on the Right” on The Liberty Beacon TV. She and her husband, Rocky, live in Virginia with their infant daughter and yellow lab Maggie.
Tags
abortion Amy Klobucharon Bernie Sanders Election 2020 Elizabeth Warren Joe Biden opinion Pete Buttigieg
Facebook Twitter LinkedIn Share via Email Print 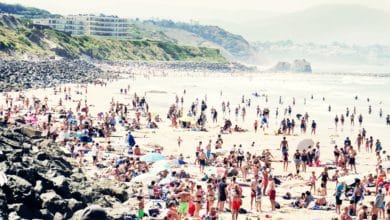 Florida Gov. DeSantis Tells ‘Spring Breakers’ — The Party Is Over!