NEW YORK — First responders and the families of victims of the 1993 bombing of the World Trade Center gathered in New York on Friday to remember “the country’s first glimpse of terrorism,” a prelude to the Sept. 11, 2001, attacks that destroyed the Twin Towers.

The ceremony marked the 23rd anniversary of the attack, in which a rental truck filled with explosives was blown up in a parking garage underneath the lower Manhattan landmark, killing six people including a pregnant woman and injuring more than 1,000.

The 2001 attacks, in which a pair of hijacked airplanes brought down both towers, killed almost 3,000 people.

The gathering on Friday at the 9/11 Memorial in lower Manhattan began with a moment of silence at 12:18 p.m. EST, the time the truck bomb exploded in 1993.

After bagpipers played “Amazing Grace,” family members read the names of the six dead. Then loved ones, police and firefighters each laid a single rose at a reflecting pool.

“I remember 23 years ago … we were trying to deal with the country’s first glimpse of terrorism,” said New York City First Deputy Mayor Anthony Shorris, who in 1993 was the executive director of the Port Authority of New York and New Jersey, which oversees the World Trade Center.

Six people were convicted in the attack including mastermind Ramzi Yousef. 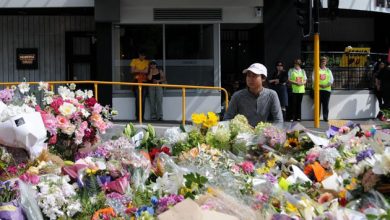 Looking for evil in all the wrong places 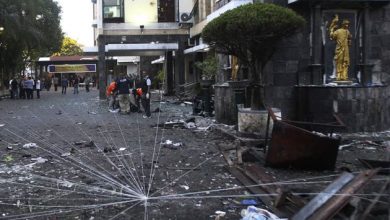