President Donald Trump ordered the strike in response to a chemical weapons attack on civilians earlier in the week. Photos and video taken in the aftermath of the attack showed children and adults writhing in agony and struggling to breathe.

Trump announced the action from Florida, saying he had no doubt Syrian President Bashar Assad was behind the chemical attack that employed banned gases and killed dozens.

“Assad choked out the lives of innocent men, women and children,” Trump said. The Syrian civil war, now in its seventh year, has resulted in casualties estimated in the hundreds of thousands and triggered the largest refugee crisis since World War II.

The attack on Syria represents an abrupt change in U.S. policy. Until this week, Trump expressed doubts in general about taking on humanitarian roles in foreign conflicts that wouldn’t put “America first.” He said earlier the United States should stay out of Syria and also worked toward greater cooperation on counterterrorism efforts with Russia, which backs the Assad regime.

The chemical attacks appear to have moved the president, who said, “I think what happened in Syria is a disgrace to humanity.” He said the refugee crisis brought on by the Syrian civil war threatened the United States and its allies and called on “all civilized nations” to end the bloodshed in Syria.

The strike targeted the airbase from where the chemical attack is believed to have been launched. U.S. warships in the Mediterranean Sea fired about 60 Tomahawk missiles at the base. Officials said the United States warned its allies in the region and Russia before the attack. The Russian government has not officially responded, but Russia’s Deputy U.N. ambassador Vladimir Safronkov called the strike a “doubtful and tragic enterprise.” 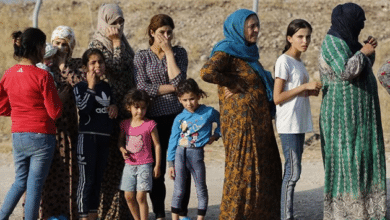 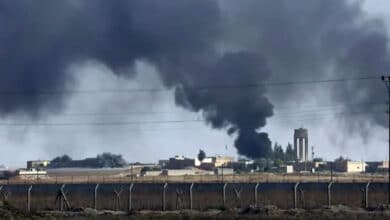 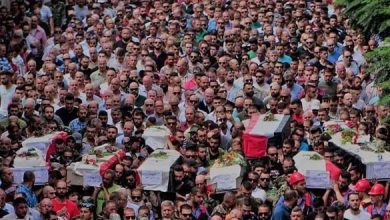 Syrian village bombed: five children under 15 among the dead