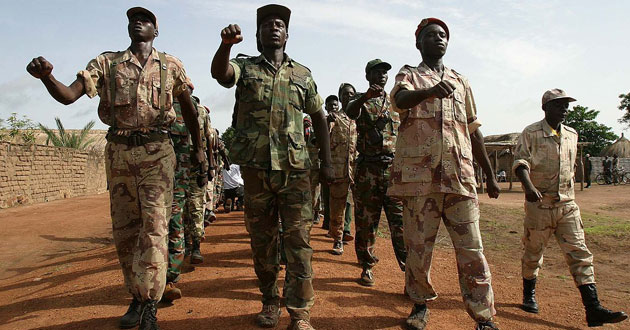 Just before Christmas, The New York Times and other media outlets reported that, according to unnamed sources, the “Pentagon is considering significantly cutting back its U.S. presence in West Africa.” Military Times reported that “U.S. troops in Africa have focused on defeating Islamic State and al-Qaida-linked militants such as al-Shabab. But several hundred U.S. troops in Niger, Chad and Mali are most likely to be pulled from the region as part of the Pentagon’s plan.”

But Save the Persecuted Christians (STPC), which advocates on behalf of the more than 300 million followers of Christ facing heavy persecution worldwide, warns that the effect of drawing down the U.S. military’s footprint in the region could be to encourage persecutors like the Islamic State, Boko Haram and Fulani militants to believe that they can with impunity persist in—and even intensify—their crimes against Christians in the Sahel and the Lake Chad region.

“It is understandable that the Trump Administration is reviewing how best to deploy America’s finite military personnel and assets, a challenge made more acute by recent developments in East Africa and the Middle East,” said Save the Persecuted Christians Executive Director Dede Laugesen.

“Still, the prospect that the Islamic State is carving out with its allies a new Caliphate in the Sahel—in the process hunting down, slaughtering, kidnapping, selling into slavery, beheading, burning and expelling thousands of Christians—argues powerfully for preserving our presence there.

“It is beyond question that what is happening in West Africa is rampant religious persecution, which the Trump administration has vowed to fight,” Laugesen continued.

“Most of those being killed and otherwise tormented are African Christians, and the instigators are African Muslims driven by violent Sharia-supremacism. There are many uncomfortable intersections here for Western elites, media and politicians. No one in the West wants to talk about it; they’d rather wipe their hands of it. But, left to fester, the current crisis will erupt into genocide and war on par with what we’ve already seen in Sudan, Syria and Iraq. In fact, it’s already happening. For the preservation of global peace and prosperity, West Africa demands American help.”

“In addition to calling on President Trump to maintain the U.S. military’s presence and capabilities in the critical region, we urge the administration immediately to appoint a special envoy to Nigeria and the Lake Chad region. And, not just any career diplomat will do. He should entrust this mission to a respected statesman and well-known human rights advocate to help our nation avert a strategic and humanitarian disaster of unprecedented dimensions in the Sahel.”

The mission of Save the Persecuted Christians is to save lives and save souls by disseminating actionable information about the magnitude of the persecution taking place globally and by mobilizing concerned Americans for the purpose of disincentivizing further attacks on those who follow Jesus.

With so much of the world’s Christian population being imprisoned and/or harassed for their beliefs, the need has never been greater for the sort of grassroots campaign STPC’s SaveUs Movement is working to foster. Its efforts are modeled after a miraculously successful one that helped free another population suffering from heavy persecution—Soviet Jews—by penalizing those in the Kremlin responsible for such repression. Through this movement, Save the Persecuted Christians endeavors to provide American policymakers with the popular support they need to effect real change worldwide and alleviate systemically the suffering being experienced by so many of those following Christ.