The Sexualization of Society in America

Home » The Sexualization of Society in America

I will never forget the Norman Rockwell reproduction framed in my grandmother’s house in New York one summer.

It depicts a young girl looking disappointed at the mirror. Her gaze is striking, her brunette hair up in braids, her head resting on her small dainty porcelain hands. An open magazine rests on her lap and an open red lipstick lays at her bare feet. She’s disappointed at her appearance, comparing it to the glossy picture of the model seen. Although the image is modest, I can’t say that for today’s media.

I was that girl, and I could feel her ache of not measuring up. I cried many times that I never looked perfect, I was too fat — thinking if I wore suggestive clothing, I would feel better — more attractive. No, it didn’t work, my self-esteem never changed. There was always a new style to emulate. I was never going to be a Victoria Secret model and figured that would mean — I wasn’t worthy. 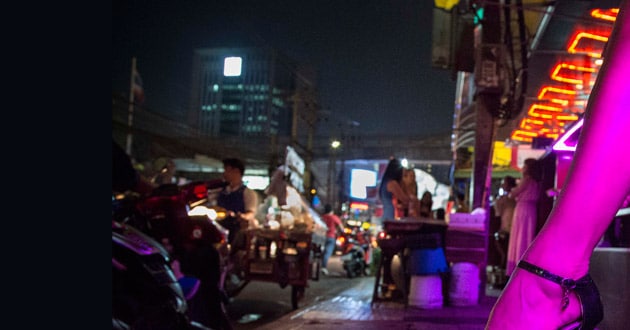 Girls are having sex far too young for approval, selling their bodies, and are lured in by deceptive promises of wealth, jobs, fame, or having a better life. Young girls are not only subjected through provocative images of models in advertisements, but fashion shows and reality stars also provoke them.

One can’t escape, its trappings.

This is a playground for disaster for many youths, leading to sexual exploitation in our own backyards. “Children and adolescents are exceptionally vulnerable to forced entry into the sex trade. The National Center for Missing and Exploited Children reported that 1 in 5 runaways are at risk for forced sexual exploitation,” Stacey Diane A. Litam, a doctoral candidate at Kent State University presented in the Professional Counselor Journal.

Another interesting fact is victims are domestically trafficked within their own country by persons of the same nationality. Runaways, displaced children, victims of domestic violence and children using social media are susceptible to traffickers.

No child is safe.

When girls see women objectifying themselves in the media, they erroneously believe that’s this life is normal. When they meet an Epstein with the promise of a good life and material possessions, they risk it all.

There will always be an Epstein. There will always be images, social media, and culture to lure girls into a path that could damage their lives. We are beyond the point of a girl looking in a mirror and comparing herself to a model in a glossy magazine. There are more temptations than ever before with social media, Smartphones and the internet. Children have more access to information and improper images more than ever.

We can condemn the media for what’s happening to our youth. Yet, it’s up to us in training a child the way they should go. We are in a war in America for our girls. We need to wake up and pick up the mantle for our children or someone else will.

Trending In Culture, News Stories on Religion and Faith, Stories on Home and Family, U.S. News and Headlines