The Protection of Political Minorities Are at Stake, According to a Report

Home » The Protection of Political Minorities Are at Stake, According to a Report

According to his National Policy Analysis (NPA) white paper, SEC staff are choosing which shareholder proposals are allowed to be placed before corporate shareholders and which proposals it will allow companies to exclude based on political discrimination. The SEC cannot be permitted to allow a reasonable inference to arise that its staff’s personal policy preferences dictate relations between shareholders and corporate boards, and thus the fate of markets, Shepard argues. 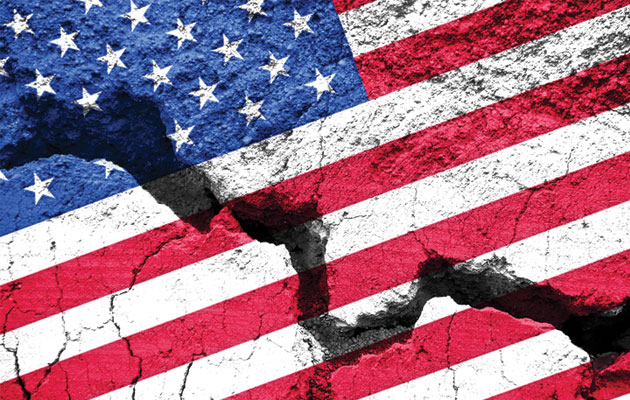 “The SEC is supposed to treat everything as subject matter neutral. What is becoming clear is the staff is favoring Left-wing propositions. Most people don’t want to think about corporate governance. “Most Conservatives have an aggressive dislike for boycotting businesses because they don’t agree with everything they do. We’re generally not that kind of people,” says Shepard. We need to start paying attention because many companies, especially in Silicon Valley, are against Right-of-Center Americans.

“It’s across the spectrum; they are not hiring Conservatives. We got managers who are saying if you voted for Trump or you don’t believe that a person can use whichever bathroom they pick — you’re a hater, you shouldn’t have a job here. Corporations are also excluding right-of-center ideas. It’s becoming an issue because we won’t be able to get jobs because we’re being driven out of the public sphere entirely,” he says.

Workplace discrimination is always wrong when it’s done based on viewpoint and political affiliation. “We as a country decided in the 1950s to leave viewpoint discrimination behind, even to the extent of protecting Communists in the workplace at the height of the Cold War. For such discrimination to be raising its ugly head again – this time against those of us on the Right – is astonishing. For the SEC staff to be assisting that discrimination is insupportable. It must be stopped.”

Joshua Arnold is the Media Coordinator for the  Family Research Council and says, “Many corporate headquarters reside in large, international, coastal cities. While this location may help create business growth opportunities, it is also an echo-chamber of Leftist values. There is a giant chasm of misunderstanding between a corporate executive in Silicon Valley and a rancher in Texas or a plumber in Ohio….”

There was a time in America where many colleges where Conservatives. Imagine that? About 45 years ago, the Left decided that they were going to institute a long march through American institutions. Conservative expression at American colleges is lost today. Take over the government civil service; they’ve done that. At these shareholder meetings, when the Left protests, “we’re going to be protesting,” stresses Shepard. “We are absolutely going to have to stop having interaction with these companies unless they are willing to respect half of the country. We are going to have to be more political about our buying decisions.”

According to the National Center’s Free Enterprise Project, dozens of liberal organizations file more than 95 percent of all policy-oriented shareholder resolutions and continue to exert undue influence over corporate America.

Corine Gatti-Santillo has spent two decades as an editor, investigative reporter and web content strategist; her work has appeared in The Washington Post, Real Clear Politics, LifeZette and CBN, among other outlets. She is host of the program “Mom on the Right” on The Liberty Beacon TV. She and her husband, Rocky, live in Virginia with their infant daughter and yellow lab Maggie.