In California, “Gender Unicorn” worksheets from the Trans Student Educational Resources were given by a middle school science teacher in 2019 without permission. One family of a transgender student asserted their child has a right to access boys’ restrooms and locker rooms at Garden Spot High School in the Eastern Lancaster Pennsylvania County School District — sparking a debate in the county.

Communities are in the crosshairs of the LGBTQ agenda. They’re teaching kids that their lifestyle is more beneficial than heterosexuality and that there are many genders. Case in point is Maurice Sendak Community School in Brooklyn, N.Y. They invited Drag Queens to teach first graders ‘Gender Ideology’ in 2018. 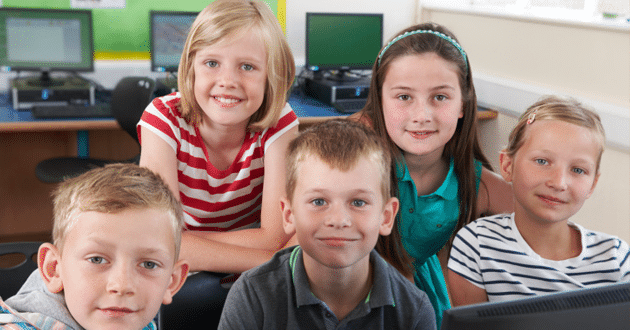 Another issue is the bathroom. In 2016, the Obama Administration issued regulations instructing public schools to allow transgender students to use bathrooms matching their identities. A Georgia elementary school girl was assaulted after a district-wide transgender policy was established allowing male students to enter the girls’ bathroom.

These stories are merely a few instances of what’s taking place in American schools. Schools are fast becoming training grounds for the LGBT agenda. If schools or parents speak up — many times it leads to suspensions, rifts or lawsuits.

Veteran lawyer Mary McAlister was formerly with the Liberty Counsel and has years of research on the subject, particularly involving the Kinsey Institute and how it’s driving the LGBT agenda.

She explained that school boards are government agents. They must abide by the First Amendment. However, school boards can’t coerce students to speak a falsehood, which they are in many cases. They’re compelling students to say that someone is a boy or girl because that boy or girl said so. That’s a violation of students’ free speech rights and their religious rights.

“These girls have been victimized. What are they supposed to do? Suck it up? That’s ridiculous. You’re simply asking these girls to be traumatized at school to fulfill the fantasy of a classmate,” said McAlister.

The transgender movement began with biologist and sexologist, Dr. Alfred Kinsey (The Kinsey Institute). Kinsey believed that all sex acts were legitimate. This includes pedophilia. His books were a catalyst in opening the flood gates of the “Sexual Evolution.”

The Kinsey Institute continued that work and it reached every aspect of culture, education, medicine, law and science. They are working on the idea that gender is fluid. Now their agenda is infiltrating our schools.

“This is why we are where we are now. Kinsey is a part of it, it’s one of the roots of this whole problem because it established the foundation that it’s not only two sexes. Anything you do sexually is fine, not harmful and children should be involved in it too. It’s just rolling down the hill getting bigger and bigger.”

McAlister said we are still the majority, despite the power of these organizations.

“We just have to push back against it. This issue has brought organizations that normally don’t see eye-to-eye on a lot of issues, but this has been a bridge too far for them. Some of the feminist groups and supporters of LGBT may be supporters of this for adults, but not transgender treatments for children.”

Elizabeth Johnston is “The Activist Mommy,” author of Not on My Watch and organizer of the international Sex Ed Sit Out. She’s making her voice heard among the myriad of frazzled parents seeking to discontinue the sexualization of children through sex education classes (many of those resources are sponsored by Planned Parenthood).

“The perverted purveyors of moral indecency and obscenity over at Planned Parenthood have struck once again with federal legislation to rape the minds of public-school students at taxpayer expense,” said Johnston in  2018.

Johnston is hitting them in the wallet and she’s not alone.

They are uniting collectively to ask First Lady Melania Trump to help in preserving the innocence of children in CA public schools. Organizations like ATPC are campaigning to get the attention of the FLOTUS, and letters are currently being sent out to the White House in hopes of a positive response from the President’s wife.

“This is a distress call to the White House. We are asking the First Lady to take up the challenge and help us rescue our children from this indoctrination. She is a mother too, and we are asking her to help us protect our children,” America Figueroa, a spokesperson for ATPC, said in an email to CNJ.

No one is a bigger advocate for your child than you. Children are being used as pawns for ungodly agendas. We have our voices, and ultimately the power of our votes.