AUSTIN, Texas — A Texas judge ordered a school district to allow for the display of a poster inspired by the animated holiday television cartoon “A Charlie Brown Christmas,” that the district had banned because it had a Christian message, state officials said on Thursday.

The poster put up this month at a middle school in the central Texas city of Killeen had became a flashpoint in the state’s culture wars.

Republican Attorney General Ken Paxton, a conservative Christian, said the school district had unlawfully stamped out religious expression when it banned the poster, and his office filed legal papers against the district to put it back up.

The poster from nurse’s aide Dedra Shannon included a hand-drawn cartoon figure of “Peanuts” character Linus and a quote from the half century-old animated TV show that has been a staple of the holiday season.

“For unto you is born this day in the city of David a Savior, which is Christ the Lord. … That’s what Christmas is all about, Charlie Brown,” the text read.

On Wednesday, the school board voted to ban the poster’s display on the grounds that it could offend students who do not have the same religious views as Christians.

“Religious discrimination towards Christians has become a holiday tradition of sorts among certain groups,” Paxton said, adding, “I am glad to see that the court broke through the left’s rhetorical fog.”

The district said the ruling from the Bell County 146th District Court required that text must be added to the poster saying it is “Ms. Shannon’s Christmas Message.”

“We believe that directing the individual to include the additional text better complies with state and federal law,” the district said in a statement. “We support this decision.” 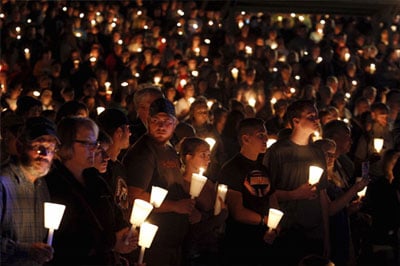 Church Shooting Victim’s Daughter: ‘I Forgive Him, and That’s the Hardest Thing to Say’ 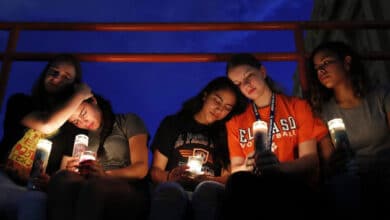 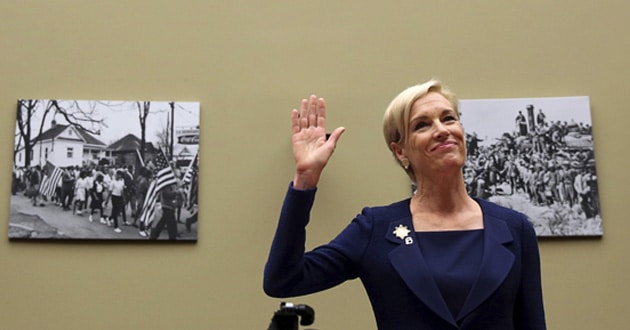