The freedom to distribute Bibles in schools and discuss Scripture openly with fellow students is being celebrated nationwide Oct. 1 at the Bring Your Bible to School Day.  Join more than a half million students in the United States and share the love of Jesus by taking your Bible to school.

The Focus on the Family (FOTF) event founded in 2014 is on track for its largest participation to date, according to the founder Candi Cushman. 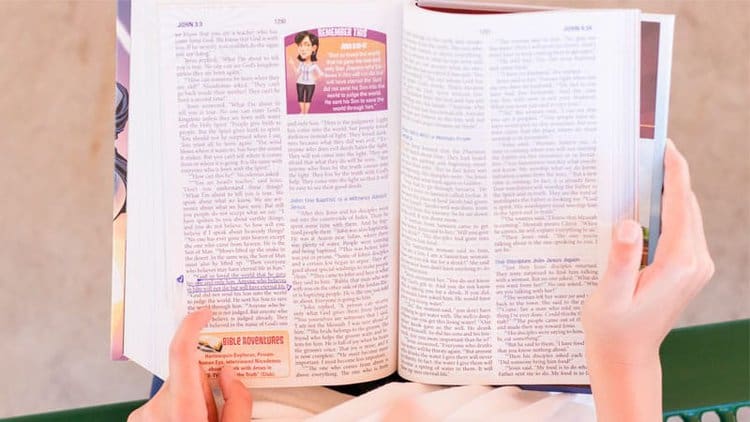 “We’ll definitely exceed half a million participants, but it’s hard to measure and predict exact numbers because lots of kids wait until the last moment to sign up and join the movement,” said Cushman, FOTF director of education issues. “In addition to public school students in every state in the nation, we also have involvement from many kids in private schools and homeschooling communities who choose to do special events or distribute Bibles in their communities as a way of showing support. We welcome all of them.”

Nearly half a million participated in 2017, up from 8,000 in the event’s first year, FOTF said of the event open to kindergarteners through college students, with downloadable free resources for churches, pastors, parents and students at BringYourBible.org.

FOTF President Jim Daly said many students appreciate Scripture but are afraid of it in school.

“When it comes to sharing the joy and peace they find through reading the Bible, some young people fear the consequences of doing so at school,” Daly said in a press release.

“Fortunately, our founding fathers foresaw the need to guarantee individuals the ability to express their beliefs, and that’s exactly what students who participate in Bring Your Bible to School Day every year are celebrating.”

In 2017, “Hailey” distributed 60 “My Little Bible” Scripture books at the dual language elementary school she attended in California.

“Some of the kids, they didn’t have a Bible, and they were different religions, but they still wanted to learn about it,” Hailey said on the event website BringYourBible.org, “and I think this was a great idea to share with other kids … that Jesus loves them. I feel more open about talking about Jesus at school because of that event and just talking about the Bible.”

For high school student Ethan, the event allowed him to share his faith in what he described as his school’s “non-Christian environment.”

“I really shouldn’t be ashamed of who I am and I really shouldn’t be ashamed of what I believe,” Ethan said in an online video. “You have to be rooted in your Word. You have to have that subconscious thought of those Bible verses in the back of your head, especially when you’re attacked…. (Bible verses) give you courage, and they give you strength. They give you the will to carry on.”

“We were hearing from students and their families about how kids were told they couldn’t read their Bible during free time at school, or that they should hide their Bible away in a locker because it might offend someone,” Cushman told BP. “We were also seeing that same sentiment echoed in the national headlines.

“We wanted to create a fun, empowering way to remind students of their basic religious-freedom rights and let them know that they don’t have to hide their faith, or be ashamed of it, when they walk in the school doors,” Cushman said. “I think it resonates because it is something that’s an easy, proactive and positive way for students to express their faith and start conversations.”