An estimated million or more students in the U.S. and 63 foreign countries publicly gathered around school flagpoles this morning (Sept. 28) and prayed to the Lord Jesus Christ.

The annual See You At the Pole (SYATP) interdenominational Christian outreach is augmented this year with the launch of the I Am Hope outreach leading up to the Oct. 21 release of the film “I Am Not Ashamed.”

Private and public school students of all grade levels were encouraged to gather at their respective school flagpoles at 7 a.m. local time for prayer, and many have documented their participation on Facebook and Twitter. Students have the option of holding such events any day during the week of Sept. 25, designated the Global Week of Student Prayer, allowing for school calendars and holidays that may fall on Sept. 28 in other countries.

He has held the Ignition event the past 11 years, he said, annually drawing between 400 and 1,000 students.

“We feel like we’re helping prepare students for whatever God has for them by living out their faith in that environment right now,” Deans said. Many students who attended Ignition have already posted photos of their SYATP events on the Ignition Facebook page.

SYATP organizers this year partnered with the Pure Flix Faith and Family Alliance ministry and ad hoc partners to kick off the national six-week “I Am Hope” evangelistic and discipleship movement targeting students. I Am Hope is inspired by the Pure Flix film “I’m Not Ashamed,” which portrays the life of Rachel Joy Scott, a 17-year-old student shot to death by classmates at Columbine High School after she publicly reaffirmed her faith in Christ. See related story.

Thousands of ministries, youth and young adults are participating in I Am Hope, Pure Flix Alliance said in a press release today. Franklin Santagate, vice president of global strategic alliances for Pure Flix Entertainment, said SYATP is an excellent platform to launch I Am Hope.

“We feel that we are carrying out Rachel’s mission to reach out to those who need hope and healing in their lives and know that this is just the beginning of the ripple effect that this [I Am Hope] movement will have for youth across the country,” Santagate said in the press release. “We are thrilled to kick off the I Am Hope movement at one of the most important times during the school year when students publicly gather to express their faith.”

SYATP national field director Doug Clark said the film, opening Oct. 21, honestly communicates Scott’s faith struggle and can be a model for students living out their faith in schools around the country.

“I would love to see a Rachel on every campus,” said Clark. “When there’s a student like that on a campus it is catalytic.”

The annual SYATP event grew out of a 1990 DiscipleNow weekend, when a small group of students prayed at flagpoles at different schools on a Saturday night. Inspired by the small event, youth leaders across Texas organized SYATP in 1990 and drew 45,000 students to prayer meetings in four states. By the next year, an estimated 1 million students gathered in prayer at flagpoles across the nation, according to the SYATP website.

While international reports are spotty, among foreign countries and territories that already have sent Clark photos documenting their participation this year, he said, are South Korea, Guatemala, the Philippines, Guam and the Dominican Republic.

The event does not violate U.S. laws against prayer in schools, as all prayer is student-led, before school hours and outside of any school building, according to the SYATP website. But the site encourages students to pray off campus if school administrators object to the event. 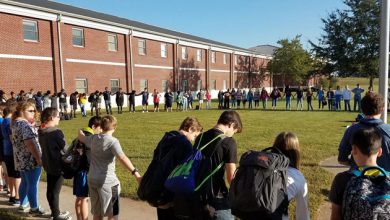 Students across the nation participate in global prayer event 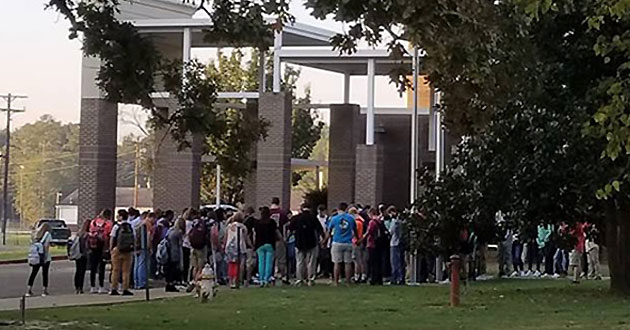 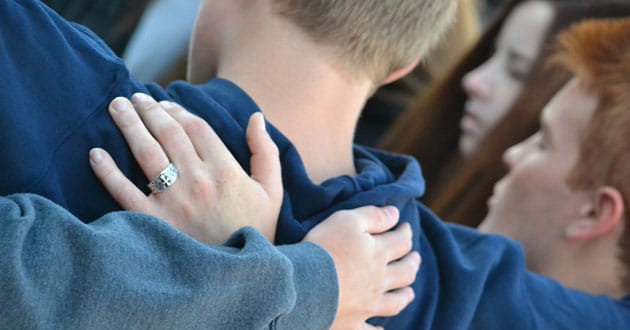 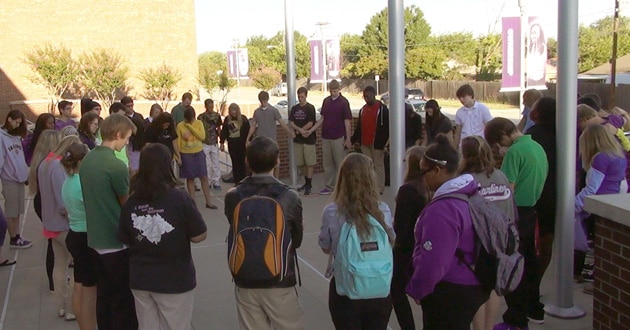 Students pray at flagpoles across the U.S., marking 24 years