When the first Ben-Hur trailer was released earlier this year, my concerns were the same as many other moviegoers and critics. It appeared heavy on action, short on story, and – aghast! – simply not a good film.

But after watching the movie in recent days, I have good news for fans of the classic story: Those early concerns were simply wrong.

Yes, the 2016 version of Ben-Hur (PG-13) does have plenty of action, but it also has a gripping screenplay to match it – with lots of great lessons, straight from Scripture, for all of us. And it’s also very, very good.

Comparisons will be made between the new Ben-Hur and the 1959 version that won 11 Academy Awards, but the two films have significant differences – including very different endings.

Ben-Hur is set during the time of Christ and spotlights two brothers: Judah Ben-Hur (Jack Huston), a Jewish prince, and his adoptive brother, Messala (Toby Kebbell), who is Roman. They worship different gods and come from different cultures, and one day Messala decides to go out into the world on his own and join the Roman army, which is trying to put down a Jewish revolt.

Their once-close relationship is now fragile and uneasy, and it reaches a crossroads someone attempts to assassinate Pontius Pilate with an arrow as he rides through town. Although the true assassin gets away, Roman officials believe it was Judah. Messala — now a Roman army officer — sentences his brother to work in the galley of a Roman slave ship, where he will face a near-certain slow death.

Judah, though, survives, and following a shipwreck swims to shore and pledges revenge against his brother. He meets a sheik, Ilderim (Morgan Freeman), who urges Judah to enter the famous chariot races – which are as dangerous as a slave ship – and beat Messala there. Judah accepts the sheik’s challenge, setting up a scene that is easily one of the film’s highlights.

The backdrop to this entire story, of course, is Christ. The 2016 version of Ben-Hur shows Jesus several times, including on the cross near the movie’s end. It results in a dramatic and powerful contrast: the Savior of the world preaching about forgiveness and love, and the movie’s central character – the hate-filled Judah — striving for revenge. The dichotomy is even more evident when Judah, after his slave life, finds Esther, the women he loves. She is now a Christian.

“Faith brought you back to me,” she tells him.

But Judah rebuts her. “Hate kept me alive,” he responds.

“Let Messala go,” she appeals to him. “… We’ve been given a second chance.”

Later, when she tells him there is “a better way,” he replies simply: “There is none.”

In the end, Judah does beat Messala in the chariot race — even apparently killing him – but he remains unsatisfied. It turns out there is no joy and gratification in revenge and hate, but only emptiness and sorrow. And it isn’t until Judah accepts Christ’s message that he finds the peace he had been chasing.

It has more than just a good message, though. Ben-Hur is believable and realistic, and the chariot scene – at least when viewed through the 3-D glasses I was wearing – is riveting. From beginning to end, the film is a visual delight. Huston and Kebbell turn in nice performances, too. The story slows down a bit during the slave ship sequences, but it soon picks back up. And the ending just may surprise you.

I will let the Hollywood experts compare and contrast the nuances of the 1959 classic and the 2016 version. (By the way, they’re both based on an 1880 book.)

From my perspective, both movies are good. And both worth watching.

Ben-Hur is rated PG-13 for sequences of violence and disturbing images.

Ben-Hur has no sexuality and only mild language (one or two instances of oh my g–). Violence includes battle scenes with swords, fighting, and dead bodies in the chariot race. There also is an instance of a person receiving crude surgery to an arm wound (the person survives).

Michael Foust has covered the entertainment industry for more than a decade. Follow him on Twitter (@MichaelFoust), or visit his blog (MichaelFoust.com) 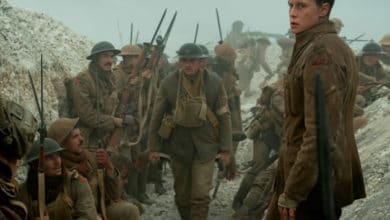 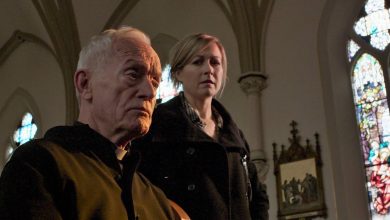 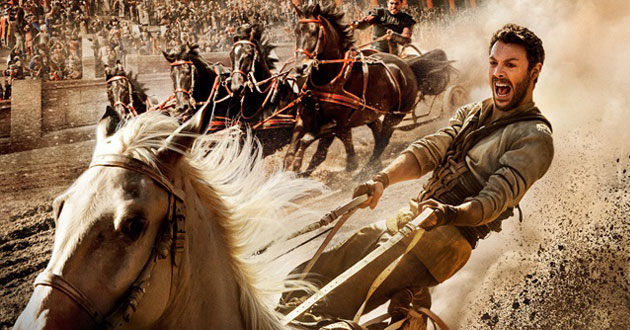 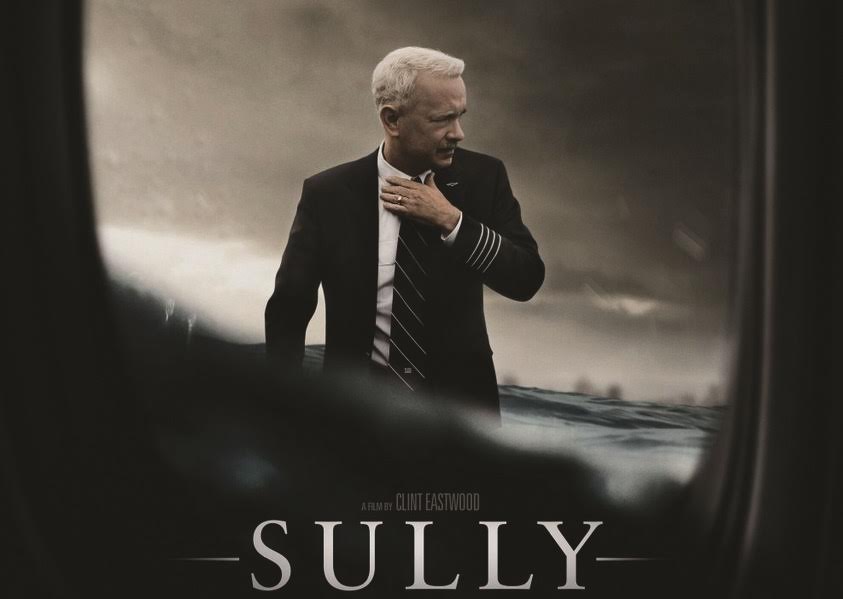 REVIEW: ‘Sully’ an inspirational masterpiece (but is it OK for kids?)