The U.S. Supreme Court will hear arguments today about whether parents should be empowered with the ability to use government-assisted scholarships to enroll their children in religious schools.

Members of the Project 21 black leadership network have joined a legal brief advising the justices that current laws blocking parents from doing so prevent them from making the best choices for their children’s education.

The case of Espinoza v. Montana Department of Revenue focuses on “Blaine Amendments” that are found in 37 state constitutions nationwide. Vestiges of anti-Catholic bigotry during the post-Civil War era, Blaine Amendments are now used to block school choice initiatives because they prohibit public support of “sectarian” schools.

Project 21 joined an amici curiae (or “friends of the court”) legal brief, arguing that the Court has steadfastly upheld a Due Process Clause right for parents to make educational choices for their children and that this “highly individual process” – if successful – “improves the education of all students.” It added that, for low-income families, there is also an “unfortunate but real connection between the price tag of a house and the quality of education a child receives” through the public education system. 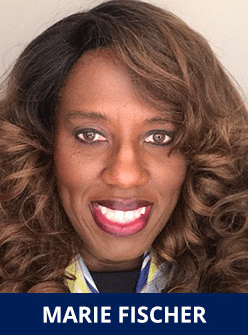 “Not only do we need to remove Blaine Amendments and guarantee freedom of choice when it comes to education, but we also need to protect freedom of religion. We have states with voucher systems that take them away from low-income families because the schools they want engage in their First Amendment freedom to exercise their religion. In the end, parents should be able to choose where their tax dollars go instead of the bureaucrats and liberal activists who have nothing in common with the average American family – especially the average low-income family.”

In the Espinoza v. Montana Department of Revenue case, regulators ruled that a tax credit for donations to groups providing private school scholarships could not be used for religious schools because of Blaine Amendment restrictions. The main plaintiff, Kendra Espinoza, said that moving her children to a religious school had improved their educational performances and ended bullying problems experienced in public school. Montana’s use of the Blaine Amendment, she asserted, harmed her children’s educational opportunity.

The brief filed on behalf of Project 21 pointed out that “denying parents their preferred educational option simply because their desired school has a religious affiliation inflicts direct and significant injury on parents and children.” It added that “[r]eligious discrimination is particularly pernicious when it intersects with a fundamental liberty interest like directing children’s education.” The brief cited studies that found that education choice helps students “improve academic outcomes,” promotes college enrollment, and cuts down on bullying and gang activity and that charter schools (often run by religious institutions) “regularly outperform their public counterparts, even with less funding.” The brief claimed that the government’s interest in indirectly funding a religious school is “miniscule.”

“After passage of the First Amendment, our framers understood that government would not be allowed to ‘disfavor’ religious organizations or people. With the 14th Amendment’s adoption, state and local governments are bound by the same restrictions,” said Project 21 Co-Chairman Horace Cooper, who taught constitutional law at George Mason University. “So-called Blaine Amendments operate primarily to disfavor faith-based organizations – organizations which, in this case, are aiding some of the poorest families and ensuring they have the kind of educational opportunities that most Americans take for granted.”

The Center for Education Reform coordinated the brief that Project 21 joined. It was written by Paul Clement, a former solicitor general of the United States. Other groups joining the brief include the American Legislative Exchange Council, Jack Kemp Foundation and Catholic Charities DC.

Project 21, a leading voice of black conservatives for over 25 years, is sponsored by the National Center for Public Policy Research. Its members have been quoted, interviewed or published over 40,000 times since the program was created in 1992. Contributions to the National Center are tax-deductible and greatly appreciated, and may be earmarked exclusively for the use of Project 21.