Pew Report: The Economy Is Benefiting the Rich, Hurting the Poor and Middle Class

Home » Pew Report: The Economy Is Benefiting the Rich, Hurting the Poor and Middle Class

Although the unemployment rate is the lowest since May 1969, many Americans are not encouraged by the economic boom, and it differs by income according to a new Pew Research Center survey. Lower-income Americans are less likely to have a confident outlook and say the economy is doing more harm than good. 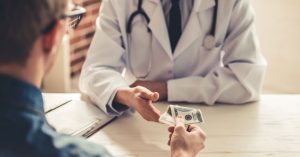 There might be more employment opportunities, and companies may be paying more, but healthcare worries overshadow many struggling to pay medical bills. The report shows healthcare costs are a source of contention and anxiety for lower-income households. They worry about paying medical bills almost “daily.”

When it comes to current economic conditions helping particular groups, the public views the stream of economics going to the wealthy. “Roughly seven-in-ten adults (69 percent) say today’s economy is helping people who are wealthy (only 10 percent say the wealthy are being hurt). At the same time, majorities of Americans say, poor people, those without a college degree, older adults, younger adults and the middle class are being hurt rather than helped by current economic conditions.”

Those polled also connected the economy to partisanship as Republicans and independents are more likely than Democrats to observe the economy as favorably.

“Democratic-leaning counterparts to have a positive view of the current economy. While attitudes toward the economy have long been partisan, they are particularly so today – and virtually all the increase in positive views of the economy since Donald Trump became U.S. president has been among Republicans. In fact, lower-income Republicans are roughly four times as likely as those in the upper-income tier to give the economy an only fair or poor rating.”

The report also looked at the future, where about 48 percent of Americans say economic conditions will be about the same in 2020. Approximately 32 percent say the economy will be worse. Only 20 percent believe the economy will get become better for them.

Another reason Americans don’t have a warm feeling about the economy is stock market profits. The most affluent 10 percent of Americans own more than 85 percent of stocks independently. Middle-income Americans have a savings account (78 percent) and retirement account (65 percent), with 38 percent owning stocks. “Just 14 percent of lower-income adults have stocks, and roughly one-quarter (26 percent) have retirement accounts. Still, a sizable share of lower-income Americans have savings accounts (48 percent).”