Vice President Pence on Thursday thanked Americans for their prayers and urged them to be “persistent” in praying for those fighting the coronavirus pandemic.

“The American people have long believed in the power of prayer, that the effective and fervent prayer of a righteous person availeth much, and that in everything by prayer and petition with thanksgiving, we’re to present our request to God with the promise that the peace of God that passes all understanding will guard our hearts and our minds in Christ Jesus.”

Prayer, Pence said, is the “core that runs through every era of American history.”

“In 1775, the Second Continental Congress established a day of fasting and prayer,” he said. “In 1863, President Abraham Lincoln urged Americans to pray so that, in his words, ‘The united cry of the nation would be heard on high, and answered with a blessing.’ And since 1952, every president has issued a proclamation in honor of the National Day of Prayer.”

Pence thanked Americans for their prayers and encouraged them to continue praying during the current crisis. Pence asked Americans to pray for those who have the coronavirus and for the families who have lost loved ones. He requested prayer for “doctors and nurses and healthcare workers who have cared for our families as if they were their own” and for the “police, firefighters and first responders” who “have rendered care and sped those impacted by this dread virus to healing hands.”

He also asked Americans to pray for the “men and women who defend this nation” and “are standing [at] a post at this hour in far-flung places around the world.” 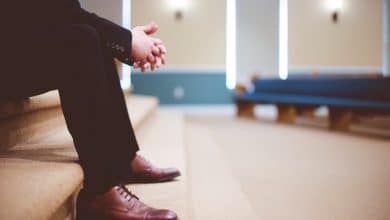 The Post-Pandemic Church and Pre-existing Conditions