A lesbian couple’s exchange of vows in a Zales Jewelers television commercial is harmful to families and inappropriately introduces gay marriage to children, One Million Moms states in its latest campaign to block offensive advertising.

As Christmastime shopping is well underway, the advocacy group is urging Zales to discontinue the commercial.

Zales certainly has the right to sell the “Love and Pride” collection of rings designed for the lesbian, gay, bisexual and transgender (LGBT) community, One Million Moms (1MM) director Monica Cole said, but consumers also have the right to choose which retailers to support. 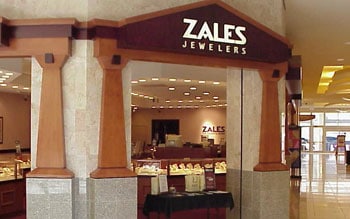 “What we always do is just ask companies to remain neutral and Zales is obviously attempting to normalize sin and they’re not remaining neutral with these steps that they’ve taken to support the gay pride community,” Cole said. “Many of our supporters are saying that Zales has lost their business, that they will no longer be shopping there, because the company has decided to not be neutral.”

While not promoting a mass boycott of Zales, 1MM is urging consumers to ask Zales to pull the television commercial and to inform the jeweler of the potential of losing customers.

The advertising exposes children to premature discussions of gay marriage and its inherent sin, Cole said.

“Glorifying same-sex marriage in general is a concern of ours at One Million Moms, but what we found most offensive is having the commercial with the two women getting married airing when children are watching,” Cole said. “… [T]he commercial is airing during NFL football games, mid-afternoon and during prime-time shows when families are likely viewing television.

“Then it brings up questions about sexuality and about same-sex marriage,” she noted. “What we would like to do is of course protect little eyes and protect what our children see in the media, and that is One Million Mom’s focus.”

IMM, a 250,000-strong group organized 12 years ago by the American Family Association, encourages consumers to be kind and respectful in their objections, especially if voicing them in person at a local Zales store.

Zales became the first retailer to carry the Love and Pride collection when it debuted online and in dozens of Zales locations in July, collection designer Udi Behr said on his website. The collection includes engagement, commitment, wedding and anniversary rings, and targets couples the gay website LogoTV says spends on average between $5,719 and $5,350 on engagement rings.

“As we reach out to the LGBT community across the country, Zales has been an amazing ally, providing training and support to all their stores to provide the most inclusive and thoughtful experience for couples who are looking for beautiful jewelry that speaks to their hearts as they marry,” Behr said. “Now, the [LGBT] community knows that Zales stands with Love and Pride and with them.”

Zales has gone too far in promoting the jewelry, Cole said.

“We know that this particular company has decided to invest in this particular wedding band collection, but as far as protecting our children, we would like for the ad to be discontinued,” said Cole. “It’s the individual’s decision if they would decide not to shop with Zales. We were just giving them all the information.”