OKLAHOMA CITY — Workers began digging out the Ten Commandments monument that has been on Oklahoma’s Capitol grounds since 2012 on Monday night (Oct. 5), well ahead of the court-ordered removal date of Oct. 12.

John Estus, a spokesman for the Office of Management and Enterprise Services, said the decision to do the work after dark was based on public safety and security.

By Tuesday, the monument was already installed at the Oklahoma Council of Public Affairs just a few blocks from the Capitol.

The OCPA is a privately funded public policy research organization that provides research data and information to legislators about state-level issues from a free-market perspective.

Thus ended a long culture war in which state lawmakers tried to save the monument but in the end only opened the door for other groups, including Satanists and the Church of the Flying Spaghetti Monster, to apply for permission to erect their own monuments on Capitol grounds.

“The OCPA was the first to make an offer to take the monument,” Estus said. “They poured the concrete base for it last week, so it was an easy matter to drive it down the street and install it.”

The Oklahoma Supreme Court ordered the removal of the monument this summer, ruling that it violated the state constitution’s ban on the use of state property for the benefit of religion.

The Republican Party of Oklahoma also offered a home to the monument.

Estus said the visibility at OCPA is much better than at the Capitol. In fact, the monument will face one of the busiest streets in the Capitol area, North Lincoln, so it will be viewed by thousands of commuters every day. The former location was tucked up against the north side of the Capitol, nearly invisible to drivers.

The OCPA will take care of ongoing costs, and the monument is officially “on loan” to the organization. 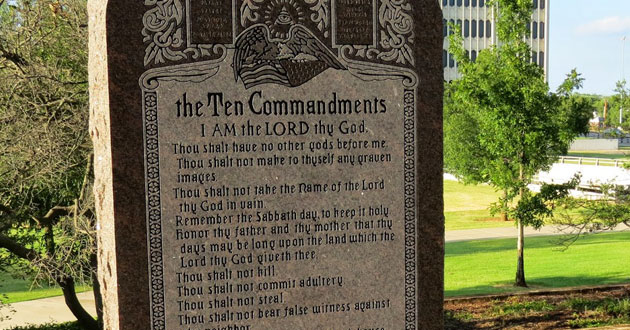 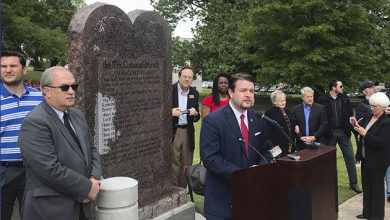 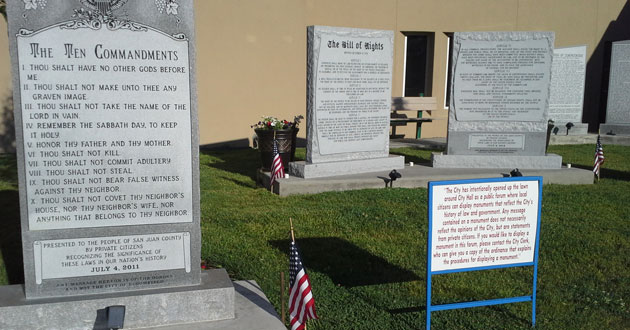 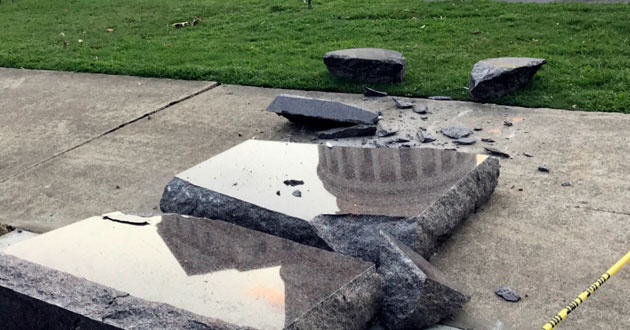