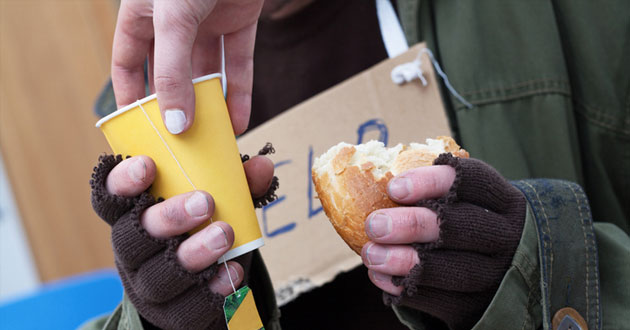 A New York business and community organization wrote a letter to President Donald Trump to intercede in the City’s mounting homelessness crises, as the president said, he might do in California.

“Nancy Pelosi’s District in California has rapidly become one of the worst anywhere in the U.S. when it come [sic] to the homeless & crime. It has gotten so bad, so fast – she has lost total control and, along with her equally incompetent governor, Gavin Newsom, it is a very sad sight!,” Trump posted on his Twitter account.

Mike Fischer, the president of the Central Park South Civic Association, cited in the letter after Trump’s remarks that California’s governor and other officials need to step up their efforts to resolve homelessness in Los Angeles, San Francisco and New York City.

More than 8.4 million people, nearly one in every 125 people are homeless in NYC. Over 63,000 homeless men, women and children – spend the night instead within the City’s shelter system where they remain unseen, according to The Bowery Mission, a nonprofit group.

Fischer said the City plans to find a homeless shelter in the Central Park South area, the most expensive neighborhood in the world, known as Billionaire’s Row.

“The City of New York wants to dump a homeless shelter in our community and other areas without a real plan. They are putting them in dangerous structures that are not safe and in the middle of where tourists travel from across the world.”

Trump could use federal authority to end the homeless crisis at Skid Row in Los Angeles, and other cities, where once eradicated diseases are resurfacing.

“Like many Americans, the president has taken notice of the homelessness crisis, particularly in cities and states where the liberal policies of overregulation, excessive taxation, and poor public service delivery are combining to dramatically increase poverty and public health risks,” said White House spokesman Judd Deere in 2019.

Unsanitary conditions have health officials concerned in California. A rat infestation from trash has contributed to typhus outbreaks. The bubonic plague which killed millions in the 14th-Century could resurface, some worry. Celebrities like Cher are calling for action. “Los Angeles isn’t taking care of its own. What about the 50,000+ citizens who live on the streets? If my state can’t take [care of] its own, how can it take care of more?”

According to Fischer, New York City is following in California’s footsteps.

“President Trump needs to tell the mayor, ‘If you don’t take the bull by the horns and come up with a real solution, then the federal government is going to come in and do what you’re incapable of doing,’” Fischer told the New York Post in an interview. He also asserted Mayor Bill de Blasio’s efforts are “a complete failure.”