A Ketcham High School freshman in Wappingers Falls, NY was denied by the principal assistant and superintendent to form a Christian club as it was considered too “exclusive.” 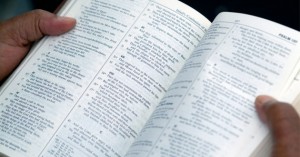 “The school’s repeated rejection of Daniela’s application to form this religious club is a violation of the Equal Access Act of 1984 (“EAA”) and the U.S. Constitution and must stop immediately. By singling out religious clubs and providing them inferior access to school resources than that provided to other noncurricular groups, the District shows a hostility to religion that violates the First Amendment. Wappingers Central School District officials have repeatedly broken long-standing, clearly established federal law. Moreover, there is reason to believe this violation is systematic, leading to years of disregard for the Equal Access Act. Once a public school such as Ketcham High School creates a limited open forum for student clubs, it cannot deny equal access to student groups on the basis of the religious content or viewpoint of the students’ speech. Yet, it has explicitly done so.”

During the summer, Barca shared the idea about starting a club for Christian students and presented the application to officials. After weeks without an answer, the 14-year-old’s information was lost. When it was found, the process took several more weeks.

“I am a Christian. But sometimes it seems like I’m the only one,” writes Barca in a September letter to the assistant superintendent. I want to start this club for other students like me so we can support each other in our beliefs. The school district celebrates diversity and the right to express who you are. All I want is to be allowed to express who I am. Everyone deserves as much. Please get back to me as soon as you can.”

Barca’s application was turned down because the club would talk about spreading the hope of Jesus and could not be recognized as an official club unless it modified its viewpoint to something more “generic” and “couldn’t limit it to the Christian Faith.”

“Wappingers Central school officials engaged in purposeful, intentional religious discrimination against Daniela for months,” says Keisha Russell, Counsel to First Liberty Institute. “We hope this school district ends its clearly unlawful behavior and protects the religious liberty of every student in all its schools.”

UPDATE: The school district reversed its decision and Barca’s club is expected to be approved in the New Year.

“We are grateful to Wappingers Central school district officials for acting swiftly to ensure that religious students can freely exercise their right to meet together at school,” said Russell. “Daniela is thrilled she’ll be allowed to form a club so those who share her faith can express who they are and encourage each other.”