But even though God closed that door following Whitten’s college pitching career nearly 40 years ago at Eastern Illinois University, He reopens another door into baseball for Whitten each spring as Major League players and coaches — especially New York Yankees — descend on the Tampa-area Idlewild Baptist Church in Lutz where he has served as pastor for 26 years.

With the Yankees’ spring training facility less than half an hour away, some 8-12 players and coaches worship at the church each year. That has afforded Whitten the opportunity to forge relationships with legendary Yankees like Andy Pettitte, Mariano Rivera, Joe Girardi and Reggie Jackson. Former MLB player and manager Lou Piniella is an Idlewild member, and Angels slugger Albert Pujols is among other baseball personalities to whom Whitten has ministered.

In 2014 when Whitten celebrated 25 years at Idlewild in Lutz, Fla., the church honored him with bobble head dolls featuring their pastor dressed in a Yankees uniform with a Bible under his arm.

“God’s calling on my life into ministry was not really saying no to baseball,” said Whitten. “It was saying yes in a more eternal way, and that was that I get to minister to these guys in a spiritual way.”

Two pastors on the Idlewild staff are official chaplains for the Tampa Yankees, one of the team’s minor league affiliates, and Whitten has led Bible studies with Major League Yankee players.

“Seeing some of them come to Christ is always a special treat,” he said.

On a lighter note, Whitten added that Reggie Jackson, a Hall of Fame outfielder, “can hijack a Bible study quicker than anyone. He’s always got a baseball story. And of course, we egg him on a little bit.”

Piniella, manager of the year twice in the American League and once in the National League, credits Whitten as one of the people who helped lead him to Jesus. Reared as a Roman Catholic, Piniella began attending Idlewild more than 20 years ago when he moved back to his home city of Tampa, Fla., and quickly learned about knowing Christ personally as Lord and Savior.

“I had numerous talks with Whitten about salvation,” said Piniella. “He helped me immensely growing spiritually and going through the process of being born again.”

Piniella added, “It’s been a wonderful transformation in my life. The amazing thing is that I managed in the big leagues for about 23 years, and the best years I had were when I was immersed in the Word, reading the Bible on an everyday basis.”

One of Whitten’s favorite memories related to Piniella is attending spring training in Arizona with the Seattle Mariners, whom Piniella managed from 1993-2002.

“They put a uniform on me,” Whitten said. “I was around Ken Griffey and Randy Johnson. I was in the locker room with them, and I was going out there shagging balls.”

Pettitte, a retired pitcher who leads the Yankees all-time in strikeouts, said that Whitten “played a huge role in my life spiritually” and “has been a great mentor.”

Drafted by the Yankees at age 19, Pettitte sought a Bible-preaching church to attend while at the Yankees’ training facility. A pitching coach in the organization, Nardi Contreras, recommended Idlewild, and Pettitte became “fast friends” with Whitten upon attending. The pastor stayed in touch with Pettitte throughout his minor league and Major League careers, offering spiritual and practical advice.

“He’s like a second father to me,” Pettitte said, “just a great mentor for me, a great guy for me to go to for wisdom and counsel.” Whitten’s counsel has included “how to be a husband” as well as “how to be a father.”

Whitten remembers his own children babysitting Pettitte’s children during spring training, including Pettitte’s son Josh, who was drafted by the Yankees in 2013 but opted to play college baseball instead. When the Yankees retired Pettitte’s jersey number and inducted him into their Monument Park museum, he invited Whitten to attend.

If Pettitte is ever inducted into the National Baseball Hall of Fame, he says Whitten will be invited to that induction ceremony too.

More recently, Yankees manager Joe Girardi has worshipped at Idlewild, and some of the younger players attended the congregation’s Tuesday night service for college students.

As Piniella put it, Whitten “basically has served as a pastor and a mentor to a lot of the Yankees.”

Baseball personalities attend Idlewild for a variety of reasons, Whitten said, but one key is that the focus is placed on Jesus, not them.

“I think they always saw Idlewild as a pretty safe place,” Whitten said. “We don’t make [their attendance] a big deal. We don’t recognize them. We let them come, be with their family and worship — because that’s what they want to do and that’s what they need to do.” 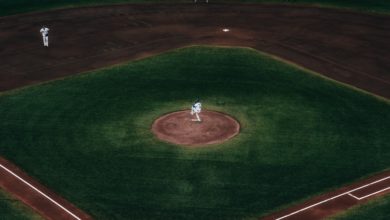 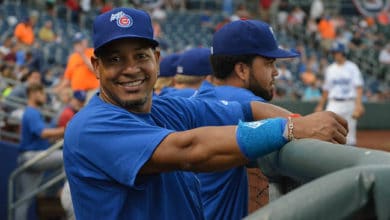 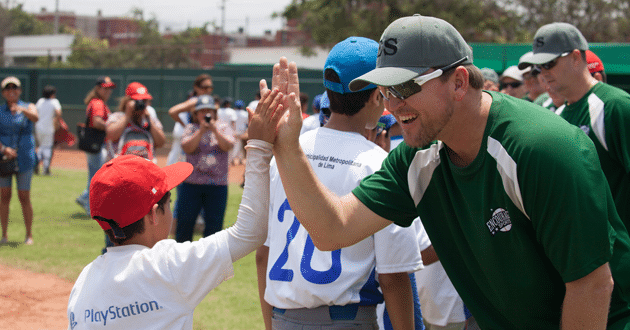