It’s that time of year when we movie critics exalt films that enlightened, enriched or simply entertained cinemagoers. At the same time, we get out our venom-dipped goose quills and take revenge for all those hours stolen by filmmakers who challenged the theory, “Nobody sets out to make a bad movie.”

The Best
I suspect none of my choices will be Oscar picks, but while most critics are examining the impact of a film’s technical and artistic merits, I maintain that art shouldn’t just be about who we are, but about what we can become. Though this year lacked such greatness, the following selections contained uplifting messages and managed to entertain without bombarding the viewer with negative content.

“The Better Angels”: Produced by Terrence Malick and filmed in glorious black-and-white cinematography, The Better Angels sheds new light on the little-explored formative years of legendary President Abraham Lincoln and the women who shaped him into one of the most revered men in U.S. history. Based on interviews with Lincoln’s family, The Better Angels is a beautiful, insightful and brilliantly composed feature debut from Malick’s creative protégé, A. J. Edwards.

To say much more about this documentary-like exploration into the making of this man would serve little purpose. It is a film that needs to be experienced on the big screen without interruption. You’ll learn about 1800s American farm life; you’ll gain insight into the making of a man who helped transform a nation, and you’ll realize the importance of a good word or deed. (PG)

“God’s Not Dead”: This is a thoughtful, perceptive and enlightening faith-based film that intelligently argues for God’s existence and makes clear that He loves each of us. In an age when the Big Bang and evolution are central teachings in academia, this is a film every Christian student should see, for it reminds them that they need to study God’s Word, and ask questions of mature followers of Christ, in order to confront detractors of God’s truth. (PG)

“Heaven Is For Real”: This film stirred up a bit of controversy, as Christians are often suspicious of Hollywood’s portrait of heavenly matters, and deservedly so. Time and again, I’ve stated in my writings that the truth is found in God’s Word, seldom in Tinseltown’s products. But wow, how great was it to view a movie in theaters that spoke of the reality of God and heaven! A movie such as Heaven Is For Real can certainly set the stage for a meaningful dialogue. And a film dealing with the subject of the soul should remind the faithful of our duty as Christ’s ambassadors. (PG)

“The Good Lie”: After their village is attacked and slaughtered by terrorists, a Sudanese refugee and his siblings are allowed to enter the United States. They’ve come from a small plains village with absolutely none of the modern conveniences we Americans take for granted. Imagine the culture shock they endure as they attempt to adjust to their new home. Though The Good Lie, the title taken from Huckleberry Finn, has some brutal, unsettling moments, it is full of humor mixed with warmth and pathos. By the end of this illuminating theatrical experience, we are also reminded of how blessed we are to be in America. (PG-13)

“Belle” is inspired by the true story of Dido Elizabeth Belle, the illegitimate mixed-race daughter of a Royal Navy admiral and an African slave. Belle’s lineage affords her certain privileges, yet the color of her skin prevents her from fully participating in the traditions of her social standing. Left to wonder if she will ever find love, Belle, portrayed by Gugu Mabatha-Raw, falls for an idealistic young vicar’s son bent on change who, with her help, shapes Lord Mansfield’s role as Lord Chief Justice to end slavery in England. The picture documents how good men, having examined the evil of slavery, put their reputations on the line in order to stand against such wrongdoings. Topnotch cinematography, production design and substantive writing help make this endeavor a most engaging night at the movies. (PG)

“Bears”: Disneynature’s documentary follows an Alaskan bear family as its young cubs are taught life’s most important lessons. Stunning! Once again, the folks at Disneynature seem to have gone where no man has gone before. From entering the caves where bears are hibernating, to the seeming side-by-side challenge of facing a world that contains avalanches and predators, we are transported into an amazing true-life adventure. (G)

“When the Game Stands Tall”: A high school football coach teaches his athletes life lessons. Although that same clichéd story structure found in most sports films is this film’s one penalty, the film holds our attention throughout with heart, thanks to Thomas Carter’s direction. You gotta have heart when telling a football tale and this film does. If you like football and football movies that contain an element of faith-based philosophy, you will love this film. (PG)

“Big Hero 6”: Loosely based on a Marvel superhero comic book, this action-packed adventure is filled with great use of animation and visuals, a spooky kabuki mask-wearing villain, and several tender moments that give the story poignancy and heart. (PG)

The Worst
So many elements are required to bring a film together, it’s a miracle when any moviemaker succeeds. In these cases, miracles just didn’t happen.

“Blended”: Drew Barrymore and Adam Sandler star in this romantic comedy about a man and woman who find themselves stuck together at a resort for families in Africa. I may have outgrown the romance genre, as most entries from the past decade have become as alike as the previous 10. But my main problem with Blended stems from the coarse material the filmmakers placed in a so-called family-friendly film. What’s more, if a filmmaker can only muster lowbrow humor, shouldn’t it at least be funny? (PG-13)

“Noah”: I made a mistake on this one. I initially got behind this film because I thought it would generate dialogue about the Bible and matters of spirituality. But giant transformer-like rock people helping Noah build the ark? Oh brother. (PG-13)

“The Other Woman”: Cameron Diaz, Leslie Mann and Kate Upton take revenge on a three-timing boyfriend. Sometimes clichéd, often laborious due to slow and miscalculated pacing, the plot is predictable and overly familiar. The comedy is rancid and the language is coarse and profane, proving once again that to Hollywood, a new idea is an old idea with more obscenities. (PG-13)

“Bad Words”: An angry, cynical, 40-year-old man, bitter from some misdeed done to him in the past, finds a loophole in the rules of a kid’s spelling bee and enters the contest seeking revenge. I kept trying to figure out the point of this movie. Son and absentee father issues? Cynicism defeated by a child’s innocence? Possibly, but more likely, it’s just another attempt to drag society’s culture further down the rabbit hole of smutty humor. I’m not suggesting that was the filmmaker’s intent, but that’s what he achieved. Such is the state of movie comedy in our generation. (R)

“The Congress”: This sci-fi fantasy has a movie studio making a digital likeness of an actress. She approves of the use of her image for money, but objects 20 years later. Oops, too late. When a filmmaker gets a little too intellectual/artistic, his work can come across as pseudo-intellectual/incoherent. I won’t say this film is much ado about nothing, but this live action/animated combo lacks a stimulus for making us care about the proceedings. At some point, we’re just wishing it would end so we can go eat. (PG-13)

The Could-Have-Beens
Many films that will no doubt garner Oscar’s attention this year were dreary, downright depressing. Some were agenda based, doing their best to promote secular significance while avoiding a spiritual component found in some of the best films of years past. Such hits as “The Tree of Life,” “The Life of Pi,” “It’s a Wonderful Life,” “Dead Man Walking,” “Schindler’s List,” “Places in the Heart” and “Tender Mercies” were works of art that nurtured the spirit and entertained.

We had no such productions this year. There were some good films, but enduring classics? No. The following could have been.

“Unbroken”: I liked this action drama about Louis Zamperini, who was taken prisoner by Japanese forces during World War II after being stranded at sea for 47 days. It was a good movie, but not great. It’s only through a couple of written lines at film’s end that we learn that Zamperini came to forgive his tormentors, including the barbaric camp commander. Reading those lines, I thought, there’s your story! One leaves the theater suspecting they’ve missed something. (PG-13)

“The Identical”: Unable to care for newborn twin babies during the Great Depression, a good couple gives one of their sons to a minister and his barren wife. One child grows up the identical to Elvis Presley, and the other grows up identical to the identical. Though I appreciate the fact that the film has some spiritual substance, I can’t help thinking the producers wasted Blake Rayne on a film where he’s not actually playing Elvis. It’s a bizarre concept, having this character built in the likeness of the King of Rock & Roll, which overshadows the film’s main themes. (PG)

“If I Stay”: Life changes in an instant for young Mia Hall, portrayed by Chloë Grace Moretz, after a car accident takes her family and puts her in a coma. During an out-of-body experience, she must decide whether to give in to death or wake up and live. The film intermingles hospital scenes with flashbacks of Hall’s life before the accident. The film reflects the sanctity of life, emphasizing that life, despite its troubles and woes, is worth the struggle. And our lives do affect those of others, a lesson well taught long ago in “It’s A Wonderful Life.” But the older I get, the less enthralled I am with films where characters face death, yet no one in the entire film mentions God. People are seen weeping and waiting, but not one single character is seen praying. What, this family doesn’t know anybody who prays? (PG-13)

“The Hundred-Foot Journey”: A migrant family from India defiantly opens a restaurant across the street from a 4-star eatery. There is a clash between the proprietress of the celebrated French restaurant and her new neighbors, but once she gets a bite of their food, relationships build. Sadly for me this movie, although sumptuous to view, lacks that one ingredient that would make it a satisfying feast. The preparation of food in movies can be seen as a metaphor for life, yet director Lasse Hallstrom (“Chocolat,” “The Cider House Rules”) either shows contempt for religious matters in his films or, as in this case, ignores religion altogether. Perhaps that’s the missing spice. (PG) 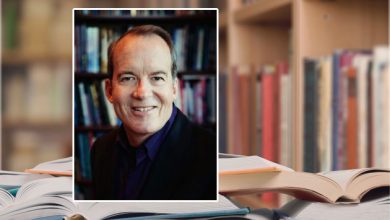 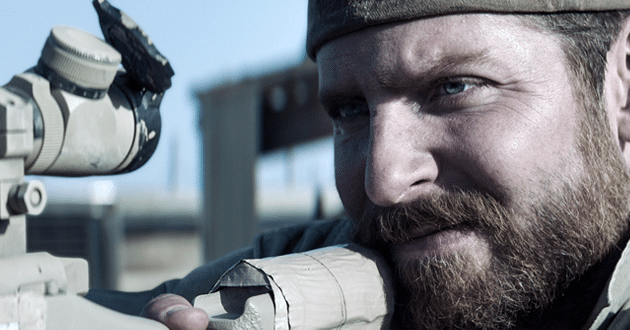 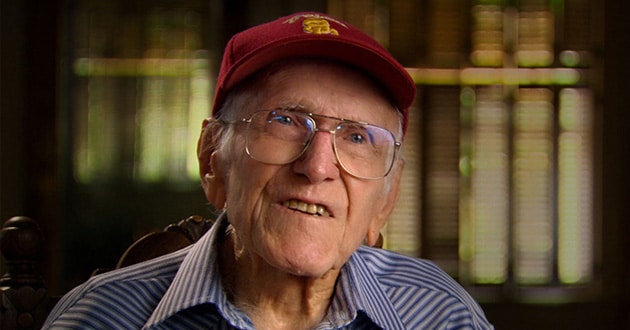 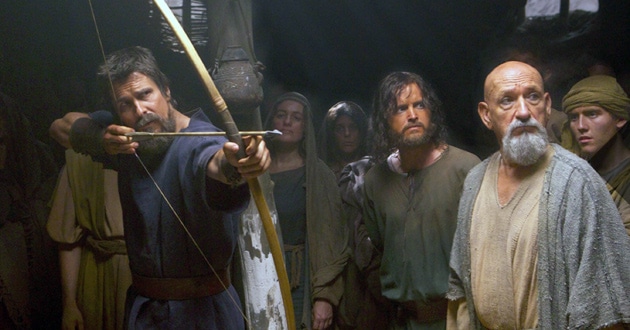