A federal judge in Pennsylvania has ordered a local school district to let three transgender students use restrooms and locker rooms that correspond to their gender identity while their lawsuit against the school proceeds.

The three students, all seniors, sued the Pine-Richland School District north of Pittsburgh after administrators implemented a policy requiring students to use facilities that corresponded to their biological sex. The school also has 10 unisex restrooms that all students can use.

Administrators instituted the policy after some parents and students complained about their children having to use restrooms and locker rooms with members of the opposite sex. The policy was meant to be temporary while district administrators researched a permanent solution.

In his ruling on Feb. 27, U.S. District Judge Mark Hornak predicted the students were likely to win their case on equal protection grounds. He also ruled the school district failed to show how its policy served a compelling government interest.

In a similar case late last year, the U.S. Supreme Court blocked a transgender student from using facilities based on gender identity while that case awaited review. The justices are scheduled to hear oral arguments in Gloucester County School Board v. G.G. in late March, although it’s unclear how the federal government’s latest directive on transgender bathroom use will affect the case. The Gloucester County School Board sued the federal government over an Obama administration directive telling schools they would be in violation of Title IX if they didn’t open sex-segregated facilities based on gender identity. But the Trump administration withdrew that guidance earlier this month.

“Other than perhaps one report received by the high school principal in October 2015 from a student that ‘there was a boy’ in the girls bathroom … followed by a parent inquiry along the same lines in early 2016, there have been no reports of ‘incidents’ where the use of a common restroom by any one of the plaintiffs has caused any sort of alarm to any other student,” he wrote.

School officials have not said whether they intend to appeal Hornak’s ruling. 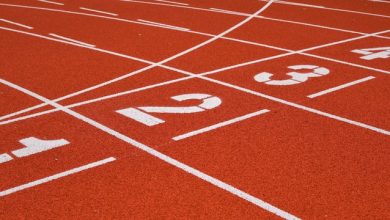 Idaho Leads the Way in Pursuing Fairness for Women Athletes

Keep Your Kids Home on Transgender Propaganda Day This Thursday!