Evangelical pastor John MacArthur, speaking at a celebration of his 50th year in pulpit ministry this week, weighed in on an ongoing debate in the Southern Baptist Convention over women preachers, claiming the nation’s largest Protestant denomination has lost faith in the authority of the Bible.

He claimed the SBC had taken a “headlong plunge” toward allowing women preachers at its annual meeting this summer.

That, he said, was a sign the denomination no longer believed in biblical authority.

“When you literally overturn the teaching of Scripture to empower people who want power, you have given up biblical authority,” said MacArthur.

During the “Truth Matters Conference,” held Oct. 16-18 at Grace Community Church in Sun Valley, California, where he is pastor, MacArthur and other panelists were asked to give their gut reactions to one- or two-word phrases.

Sounds of laughter and applause could be heard in response during a recording of the session, which was posted online.

MacArthur — a leading proponent of Reformed theology and of complementarianism, the idea that women and men have different roles to play in the church and in society — was apparently responding to a controversy this past summer when Moore noted on Twitter that she spoke at a megachurch on a Sunday morning.

Her tweet led to accusations that Moore was undermining Southern Baptist teaching, which bars women from holding the office of pastor in churches.

MacArthur went on to criticize Paula White, a prosperity gospel preacher known as a spiritual advisor to President Trump, saying that he found these women preachers troubling because, “I think the church is caving in to women preachers.”

The pastor went on to say that the #MeToo movement was a sign the culture was taking over the church and accused feminists of wanting power rather than equality. He also seemed to compare women preachers to salespeople who hawk jewelry on TV.

When asked if the Southern Baptists were now moving toward “soft complementarianism,” MacArthur replied, “I don’t know about terms. I just know women are not allowed to preach.”

MacArthur also criticized the Southern Baptist Convention for passing a resolution that was supportive of critical race theory and intersectionality, seeing it as a sign that “liberalism” was taking over. He also dismissed calls for more ethnic diversity on Bible translation committees.

His comments provoked a spirited response on social media.

Stephanie Tait, a Christian author and speaker, said on Twitter that she was “heartbroken, angry, and honestly just exhausted.

“I’ll keep preaching, but this still hurts,” she added.

Micah Fries, a Southern Baptist megachurch pastor in Chattanooga, Tennessee, objected in his Twitter response to MacArthur’s “derisive, divisive manner” and called his comments “devastatingly dismissive of the inherent dignity, value and self-worth of women.” 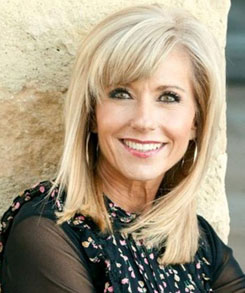 J.D. Greear, president of the SBC, responded good-naturedly on Twitter, saying that Moore was “welcome in our home any time,” adding a hashtag referring to the Baptist Faith & Message, a statement of SBC beliefs.

Moore appeared to post a response to MacArthur on Twitter Monday morning saying, “I did not surrender to a calling of man when I was 18 years old. I surrendered to a calling of God. It never occurs to me for a second to not fulfill it. I will follow Jesus – and Jesus alone – all the way home. And I will see His beautiful face and proclaim, worthy is the Lamb!”

Moore continued in a second statement, “Here’s the beautiful thing about it & I mean this with absolute respect. You don’t have to let me serve you. That gets to be your choice. Whether or not I serve Jesus is not up to you. Whether I serve you certainly is. One way or the other, I esteem you as my sibling in Christ.”

Pastor On Why His Congregation Stepped Around Gov. Newsom’s Covid Order

Beth Moore’s ministry reignites debate over whether women can preach

J.D. Greear is ready to give Southern Baptists a makeover