In new faith film ‘Miracles from Heaven’, which is based on a true story, actress Jennifer Garner plays Christy Beam, the mother of a young girl Annabel (Kylie Rogers) who is diagnosed with an incurable and painful disease.

Because of the illness, pressure on the young family was high as Annabel had to undergo numerous hospital appointments and procedures.

However, one day Annabel was involved in a freak accident and fell from a tree and hit her head.  When she came to, doctors discovered she’d somehow been cured.

“I mean there’s reason there’s a movie and a book about it,” explained Garner in an interview. “It’s not a small thing that happened, it’s a really big thing that happened that this child would be cured of something that’s incurable and free from pain that she had for so many years but yeah, I think maybe I had a moment of cynicism about the story but not when I met Christy and certainly not when I met Annabel. ”

“This movie did bring faith back into the conversation of my life and did make me realize that my kids weren’t just going to get this via osmosis because my parents had given this to me, that I actually had to be intentional and to participate in it.  I think I’d been lazy about it so I got off my duff and we had a conversation and found a church we loved where we’ve been totally embraced and really happy,” she said.

“Miracles from Heaven” goes on release in North America on March 14. 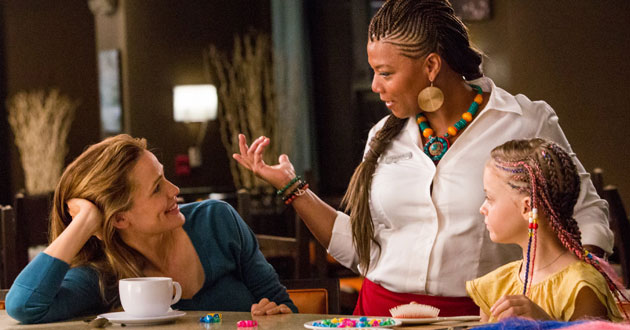