One of seven Christians sentenced to life in prison for the murder of a Hindu swami in eastern India, Gornath Chalanseth, has been freed on bail by India’s Supreme Court May 21.

The seven continue to maintain their innocence.

However, only Chalanseth’s bail application was filed in the Supreme Court – after Odisha High Court had rejected it for a second time last December. Once given bail, there is no deadline to return to jail unless ordered by the Supreme Court.

“This (delay) is a failure of the judicial system. In the judicial process, appeal could be delayed for many reasons. But in this case there are no (technical) reasons to keep it pending. It seems to be deliberately delayed, perhaps so that it is brought before a suitable judge,” remarked Justice Joseph a year ago.

“When we were convicted (in 2013), it was a shock. It was very stressful for me when I put behind bars for murder, despite being innocent” Chalanseth told World Watch Monitor as he walked free. “10 years, five months and six days [in prison]…I thank God for the freedom. My joy has no words.”

Chalanseth received an emotional welcome at the iron gate of the district jail in Phulbani (headquarters of Kandhamal district) where over two dozen members his family had gathered for hours impatiently since morning.

“This is the happiest day of my life,” said Rutha, Gornath’s wife as she waited for her husband’s release clutching a bouquet of flowers in her hands.

All Chalanseth’s four children, including his married daughter Santilatha, had joined his three brothers, sister and stepmother who had undertaken a five hour journey from Kotagarh area to be at the jail to welcome Gornath as he stepped into freedom – on the May 9 order on a plea by the legal team of New Delhi-based Alliance Defending Freedom.

“The only one missing here is our grandfather – 90 year old Bachan Chalanseth. He is too old to make this long journey,” explained Nithaniel Chalanseth, eldest of his three sons, who had been busy rushing around to get the bail order executed.

“I have only faint memory of the days when our father was taken away,” remarked a beaming 17-year old Shisir, who completed school exams two months ago. “But now it is a day of great joy for us as papa is going to be with us.”

After greeting his family, Chalanseth was ushered into a nearby church and shouted his thanksgiving, tears of joy running down his cheeks.

He, along with six others – Bhaskar Sunamajhi, Bijay Sanseth, Buddhadev Nayak, Durjo Sunamajhi, Sanatan Badamajhi and mentally challenged Munda Badamajhi – was convicted to life imprisonment by the third judge on their case, after the first two had been transferred away from it.

“Gradually I found solace in prayer. Prayer gave me peace of mind and I always remained disciplined in the jail,” Gornath said.

Impressed by his conduct, jail officials made him ‘wall guard’ to watch over 40 prisoners in the Phulbani jail that had over 400 prisoners.

“I had the freedom to move freely around for 12 hours (day) and was not confined to cells,” Gornath said proudly.

As the news of the bail from the Supreme Court came, the jail chief asked Gornath: “How will we find a replacement for you as wall guard?”

While sipping joy of walking out to freedom from captivity of a decade, Gornath said a twinge of sadness: “I happy with my freedom but there are other innocents in jail. Six of Kandhamal’s innocents are also in jail.”

Chalanseth, 41, was taken into police custody on December 13, 2008, but initially suspected nothing as he was active in politics.

His cousin, a pastor, accompanied him to the police station, and saw him taken away. A couple of days later, after his cousin had not returned, the cousin went back to the station and heard he had been charged with murder.

Since his conviction, he’s been released twice on ‘parole ‘ for a short time; the last occasion was Christmas 2017. That time was the first two week ‘parole’ for Bijay Sanseth.

Background
Nearly 100 Christians were killed and 300 churches and 6,000 Christian homes damaged in the Kandhamal district of Odisha, after the killing of Swami Laxmanananda Saraswati on August 23, 2008.

By the end of that year, the seven had been arrested. In 2013, they were found guilty of the murder by the trial court and each sentenced to life imprisonment.

The convictions shocked India’s Christian community, which was still reeling after the deadly attacks, and Christian advocates have been fighting for their release ever since.

Since 2008, the local community has struggled to receive adequate compensation from the government, which has been a source of much contention. A year ago, a decade on, the Odisha High Court forced the Odisha government to make available more than 153 million rupees (US$2.28 million) to pay compensation to about 6,000 people who either lost family members, were injured or who lost their homes in the riots.

A conspiracy?
The website release7innocents.com outlines the major discrepancies and apparent injustices in the case against the Christians.

“The trial court convicted the seven accused and sentenced them to life imprisonment on the basis of a fabricated ‘Christian conspiracy theory’ despite hardly any credible evidence brought before the court,” it states.

The website complains that these discrepancies within the case against the seven were apparent right from the start, when Hindu fundamentalists blamed Christians for the Swami’s murder.

Last December, the lifetime prison sentence given to a top Indian politician for his involvement in riots that led to the killing of 2,700 Sikhs in 1984, gave hope to India’s Christian minority still waiting for justice. 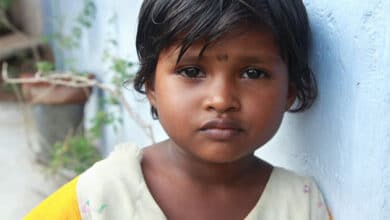 The Scourge of Sex-Selection Abortion