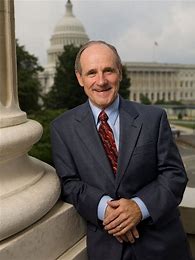 Sen. Jim Risch, R-Idaho, chairman of the Senate Foreign Relations Committee and arguably the most influential foreign policy voice in Congress, returned home to Idaho, only to find himself under growing public pressure from veterans and even his own party to end America’s ground troops presence in the Middle East.

Polls indicate the message of BringOurTroopsHome.US speaks for most Americans, military and civilian alike, including an overwhelming majority of the tens of millions of Americans who support President Trump, and now a majority of the grassroots leadership of Sen. Risch’s own party here at home.

“We hope Senator Risch is starting to hear us loud and clear, now that his own party has formally added its voice to ours,” Afghanistan war veteran Dan McKnight of Meridian, Id., founder of BringOurTroopsHome.US, said after the vote.

“We’re not going away, our voice is only going to grow louder and stronger, and soon it’ll be heard in state capitals all across the country,” he said. “End these endless wars, bring our troops home, expose and hold accountable the bureaucrats and politicians who lied while sending more Americans to die and the profiteers who secretly funded the enemy, and return to a Constitutional standard of asking American troops to do their job only after Congress has done its job by formally declaring war.”

McKnight, who served in the U.S. Marine Corps Reserves, the U.S. Army, and deployed to the Korengal Valley in Afghanistan from 2005-2007 with the Idaho Army National Guard, also addressed GOP delegates before the vote.

One resolution, urging Risch to hold public hearings based on the Washington Post’s publication last month of findings — acquired through the Freedom of Information Act — of the Congressionally-created office of Special Inspector General for Afghanistan Reconstruction (SIGAR), was approved by voice vote of the roughly 150 members of the Idaho GOP state committee meeting Saturday in Boise.

The resolution urges Risch “to cast the white hot spotlight of public hearings on the outrageous disclosures of these newly uncovered government documents, and then — based on the overwhelming weight of evidence these previously secret documents provide to the American people — refuse to continue to be a party to allowing the unmitigated disaster in Afghanistan to continue at the cost of even one more American life.”

The resolution cited SIGAR director John Sopko’s summary of the report — comprised of interviews with high-ranking military, Pentagon, and Congressional officials, in which Sopko said “the American people have constantly been lied to” regarding progress reports and other data being reported from Afghan battlefields. Government officials over eighteen years have assured the American public that the war was being won, while privately conceding in communications to each other that it was not, the report found, sending more Americans each year to their deaths.

The resolution also urged Risch to hold hearings on the report’s findings that multiple American military contractors secretly funded the Taliban in return for being allowed to conduct their operations in Afghanistan without harassment.

“More than a hundred Gold Star families (survivors of U.S. service men and women killed in Afghanistan) on December 27, 2019, filed a lawsuit alleging that American defense contractors have and are violating the federal Anti-Terrorism Act and protecting their ongoing operations in Afghanistan by secretly making ‘protection’ payments to enemy Taliban forces, “the resolution stated, which “according to our own government’s Congressionally-authorized investigation… undermined the U.S. mission in Afghanistan by fueling grievances against the Afghan government and channeling material support (money) to the insurgency.”

The resolution cited media reports that one military contractor responded to the lawsuit by saying in a public statement that its payments to enemy forces “followed the directives of the U.S. government agencies that we served.”

“We insist that Sen. Risch, a hard-nosed former county prosecutor here in Boise, hold public hearings and find out if it can possibly be true that our own government used American tax dollars to hire military contractors and then instructed them to give money to Taliban terrorists who used our own taxpayers’ money to finance murdering American soldiers,” McKnight said.

“If the news media weren’t so busy exhausting themselves on the latest installment of the impeachment story they’ve been running for two years, the lies and corruption exposed by these Afghanistan Papers would be the biggest scandal of our time, and high-ranking government officials and others would actually be going to jail with American soldiers’ blood on their hands, as they certainly should,” he said.

A second resolution approved by Idaho Republicans urged Risch and other members of Idaho’s Congressional delegation “to support President Trump’s attempts to keep his campaign promise to Bring Our Troops Home, by advocating, supporting, and voting for legislation and resolutions that call for the withdrawal of U.S. troops from the Middle East absent a Congressional declaration of war.”

The resolution quoted President Trump’s statement in support of ending “these ridiculous endless wars, many of them tribal, and bring our soldiers home. “It also quoted Risch’s own comments to the Idaho Falls Post Register, in which he said the U.S. “cannot and will not be the world’s policeman,” and a lengthier statement Risch made last year to the Boise Chamber of Commerce, comparing the U.S.’s success at establishing working democracies in postwar Germany, Japan, and South Korea with the failure of similar efforts in the Middle East.

“We’ve been at this now for over two decades,” Risch told Chamber members, “trying to replicate that success in the Middle East, and what do we have to show for it? A goose egg. If you’re going to give somebody a gift of democracy, a free market system, human rights, of basic rights stated in our Bill of Rights and Constitution, they’ve got to want it, and if they don’t want it, it doesn’t matter how much you shovel at them, it isn’t going to happen. We’ve spent $2 trillion now in Afghanistan, and we’ve shed lots and lots of American blood there. I am through trying to do nation-building with countries that don’t want it. They’ve got to show some type of an appreciation, some type of an embracement of it, and they simply don’t.”

The second GOP resolution also cited multiple polls last year by Smithsonian magazine, Politico, Concerned Veterans for America, and Pew Research Center which found that a majority of U.S. troops, veterans, and the American public believed — depending on the poll — that U.S. occupations of Afghanistan and Iraq have been going on too long, that those wars were not worth fighting in the first place, and that U.S. troops should be withdrawn from Afghanistan, Iraq, and Syria, including 81 percent of Trump voters in 2016 who supported the president’s efforts to withdraw troops from Afghanistan.

Combat Veteran on Afghanistan: ‘It Really Shakes Your Soul and It Makes You Ask That Question: Was It Worth It?’

As Christians in Afghanistan Struggle, US Christians to March in Washington, D.C.