How to End the Lure of Socialism

Home » How to End the Lure of Socialism

The fascination many young people have with socialism represents an understandable misunderstanding of injustice and its remedies. How can we stem the tide of socialism’s popularity with young people?

Not that long ago, young people cheered this era’s greatest champion of liberty, Dr. Ron Paul, and his ideas of no income tax and an end to foreign wars. Thousands of young people on college campuses found liberty, not collectivism, exhilarating, and they shouted “End the Fed.” But this political season, the complete socialization of medical care, “Medicare for All,” is perhaps the most effective tool used by demagogues to lure the support of the young. Is it possible to draw young people away from these chilling ideas, and lead them to embrace liberty? Rather than speculate about why so many of today’s youth are enamored with collectivist ideology, why not inoculate them with a dose of freedom?

One sure way to end the love affair so many young people have with “socialism” would be to stop making them pay for it; why not let them opt out of Medicare (and Social Security for that matter)?

Paychecks would swell, and what politician would dare to advocate for reinstating these taxes? It is no wonder so many of today’s youth are confused when so many of their elders are supporters of “Medicare for Some,” but opponents of “Medicare for All.” After all, if a little socialism is a good thing, why not a full dose?

The most predictable objection to this plan should be: “But what if young people don’t save voluntarily for their old age and future medical requirements?” The most frequent objection, however, goes something like this: “How will that revenue be replaced?”

This, of course, is an admission that current “contributions” to Medicare (and Social Security) by workers are consumed by current beneficiaries, the very definition of a Ponzi scheme. The forced contributions of those beneficiaries were spent the instant they were taken. There is no “lock box,” and no pension plan owned by individual “beneficiaries.”

Recognizing the fraud of Bernie Madoff saved countless individuals from his thievery. No such option or courtesy is currently presented to us by Uncle Sam. “How will that revenue be replaced” is a consistent theme that permeates the state, as I’ve been told this same question is commonplace amongst district attorneys facing the relaxation of marijuana laws and penalties. Selfless “angels” with state power are as fictional as the “not for profit” status of hospitals in the U.S., after all.

It would be cruel, of course, to suddenly end or hamstring a government program upon which millions of individuals are hopelessly dependent. How to fund an opt out/phase out has been addressed in the past with recommendations, for instance, that the federal government sell the lakefront property over which it has control, the proceeds funding annuities that would sustain for life those who depend on these federal entitlements.

I rarely find someone, regardless of age, who would not gladly forgo any future benefit from Medicare or Social Security, and just write off their past “contributions” (tax payments) in return for freedom from paycheck-destroying future “contributions.” It is not uncommon, after all, for the Medicare and Social Security paycheck deduction to exceed all other paycheck deductions combined, particularly when the undisclosed employer “contribution” (which is the employee’s earnings, after all) has been considered.

All Millennial-bashers who want to stop the surge of young people’s fascination with socialism should consider promoting an opt out of these programs for people of all ages, so they can see the effect a lack of socialism has on their take-home pay. Medicare for All will then be the last thing any beneficiaries of such an opt out will tolerate, much less want.

The least we can do is extend at least a portion of the tax-exempt status many giant U.S. hospitals enjoy to today’s and tomorrow’s young, about whom we claim to care so much, whose ideas will shape the future. 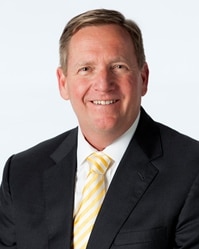 Dr. G. Keith Smith is a board certified anesthesiologist in private practice since 1990. He has made appearances on the John Stossel Show, CNBC, Huffington Post, The O’Reilly Factor, Capital Account, The Ron Paul Channel, NBC Nightly News and has been featured by Reason Magazine’s TV division. The New York Times, Time Magazine, ABC news, Forbes and many others have written articles featuring Dr. Smith’s revolutionary approach to the pricing of health care and uncompromising free market principles.

Socialism Is Not the Solution for America

Socialism: Who’s Behind It, Why It’s Evil, How to Stop It

Where the 2020 Dems Stand on Abortion