The Billy Graham Evangelistic Association is making its final preparations in advance of the debut of the new film called “Heaven,” which will release on Nov. 7 coinciding with Billy Graham’s 96th birthday.

Heaven is the latest DVD in the My Hope evangelism series and includes a new message from Graham, with stories of hope and faith from author Laurie Coombs and California firefighter Cheyane Caldwell, according to the Billy Graham Evangelistic Association. The Christian outreach is multidenominational and multiethnic.

“We are excited about the release of this new film called ‘Heaven’ next month,” said Steve Rhoads, vice president of My Hope 2014 with Billy Graham. “We are offering this as a resource for evangelism to the local church and Christians nationwide to help them simply share Jesus in their communities.”

Over the last several months, area coordinators have been spread across the nation, encouraging local pastors in their efforts to reach people with the Gospel. Though only one month remains until the new film is released, there is still time for churches and individuals get involved in My Hope.

“We are asking God to move in the hearts of people across the country,” added Rhoads. “But, it begins as Christians everywhere pray specifically for people they know who need to hear this message of hope.”

The DVD and promotional materials are offered in English and Spanish. The Heaven trailer is available at www.MyHopewithBillyGraham.org/programs, along with ordering instructions. The film will be shown on numerous television stations in November.

Since its implementation in 2002, the My Hope outreach has been held in 59 countries in Africa, Asia, Europe, the Americas and the Middle East.

For more information on My Hope, including tips on how the free My Hope resources can be used, visit www.MyHopewithBillyGraham.org. 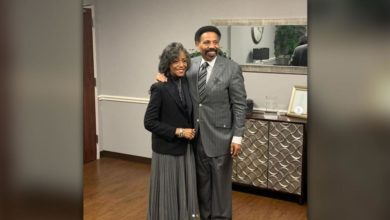