NEW YORK — A cross-shaped beam from the wreckage of the World Trade Center can remain on display in the National Sept. 11 Memorial and Museum at Ground Zero, a three-judge panel of the 2nd U.S. Circuit Court of Appeals ruled, dismissing a lawsuit brought by atheists.

American Atheists filed a federal suit in 2012 claiming the 17-foot display at the museum built with a mix of public and private funds was unconstitutional. The group said its members suffered from both physical and emotional damages from the presence of the beamed cross, resulting in headaches, indigestion and mental pain.

The atheist group filed an appeal after a lower court dismissed the lawsuit, shifting the focus from the cross to asking for an added plaque that would say something like “atheists died, too.”

An observer would understand that the cross was also an inclusive symbol for any persons seeking hope and comfort in the aftermath of the 9/11 attacks, federal Judge Reena Raggi wrote in the court’s decision.

“Such an observer would not understand the effect of displaying an artifact with such an inclusive past in a Museum devoted to the history of the September 11 attacks to be the divisive one of promoting religion over nonreligion,” she wrote. “Nor would he think the primary effect of displaying The Cross at Ground Zero to be conveying a message to atheists that they are somehow disfavored ‘outsiders,’ while religious believers are favored ‘insiders,’ in the political community.”

The beam was found by rescue workers two days after the terrorist attacks and is part of the 1,000 artifacts in a 100,000-square-foot underground museum. American Atheists can appeal to the entire court or ask the three-judge panel to reconsider its decision before it can file a petition with the U.S. Supreme Court.

“We argued from the beginning that this was a flawed legal challenge designed to re-write history and eliminate a powerful historical artifact,” said Jay Sekulow, chief counsel of the American Center for Law and Justice, a conservative legal firm that filed a brief in support of keeping the cross. “This bizarre legal challenge from an atheist group was exposed for what it was — a skewed legal challenge that had no merit.” 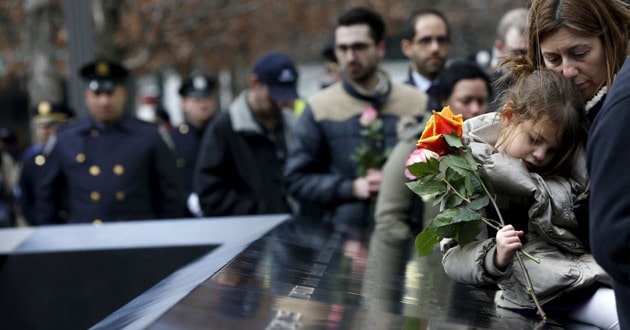