“God’s Not Dead 2,” the sequel to the 2014 film about religious freedom of expression, reminds us that in an age when just about everything of a secular or sexual nature is freely discussed in the classroom, Jesus is not allowed to enter.

The dramatic sequel from Pure Flix Entertainment concerns a high school teacher who finds herself in legal hot water merely for answering a student’s question about Jesus.

Containing a significant insight, God’s Not Dead 2 (rated PG) has its main protagonist facing discrimination and oppression, sending the message that at some point we each may be tested for our faith. Just as the New Testament warns Christ’s followers of impending persecution (John 15:18-21, 16:1-4; Matthew 5:10-12), so does this motion picture. Though religious discrimination is difficult to comprehend within the land of the free, it’s happening … frequently.

The movie asks, “What do we do if/when it happens to us?” By film’s end, the viewer should be pondering, “What is it I believe? What price am I willing to pay for that belief?” The film is thoughtful, perceptive and enlightening, and may bolster us in our faith and witness.

A major theme found in this provocative courtroom drama centers on the infringement of Christian rights outside the classroom. It stresses that Christians need to be vigilant regarding the actions in local town hall meetings. Sadly, while faith-filled people are hustling between work duties and their kids’ T-ball games, a hostile takeover bent on discrediting Christian tenets continues in America’s local and federal governments.

Director Harold Cronk suggests that amid the morass of societal metamorphosis passing for progress, Christians are becoming accepted targets of discrimination. Our faith is being marginalized and our practice demonized. Other films, such as “The Genesis Code” and “Expelled: No Intelligence Allowed,” also offer insight and warning concerning this draconian reconstruction of the culture, which begins with the misuse of “separation of church and state.”

Cronk points out in his film that the phrase actually doesn’t appear within the Constitution, though many claim the document cites the phrase to keep biblical teaching out of law-making. “Separation of church and state” was in a letter from Thomas Jefferson to a Baptist minister, assuring his congregation that government would not intrude on the rights of religious institutions. The corruption of Jefferson’s comments has been strategically used by some who not only don’t believe in a Higher Power, but don’t want anyone else to believe.

The movie submits that as magistrates seek true definitions of right and wrong, countless statutes already on the books give evidence that amid a land rife with discontent, civil ordinances are not enough to alter the heart of man. Law, like a house, must have a foundation.

This reminded me that in Matthew 22:36-40, Jesus said: “Love the Lord your God with all your heart … Love your neighbor as yourself.” It can be argued that Christ’s command is a foundation of law. Our Savior further instructed us in Matthew 5:44: “Love your enemies and pray for those who persecute you.” Is that not the material used to make the foundation?

Christ’s teachings, when implemented, solidify documents designed to seek justice for all. Without His instructions, indeed without Jesus himself, laws cannot bring agreement or compatibility or equality. And this love from on high, it is harder to hold a union together than to “pass through the eye of a needle.”

It does appear that God has been dismissed from the schoolroom, vetoed from government, and canceled from most entertainment venues.

But what do we do about this spiritual battle?

The first step is to be informed. Study God’s Word. Exalt Him. Reverence Him. Then discuss the secularization of our nation with fellow followers and seek ways to cause nonbelievers to question their own concepts. After all, that’s what the opposing army is doing to us. 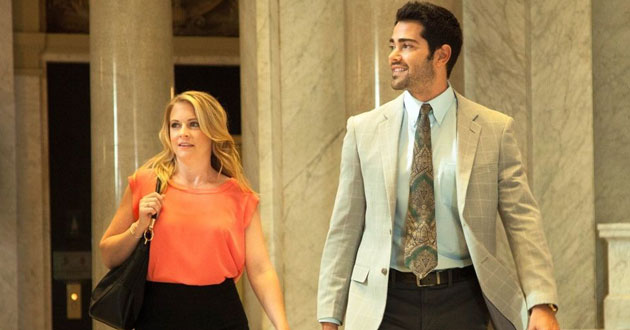 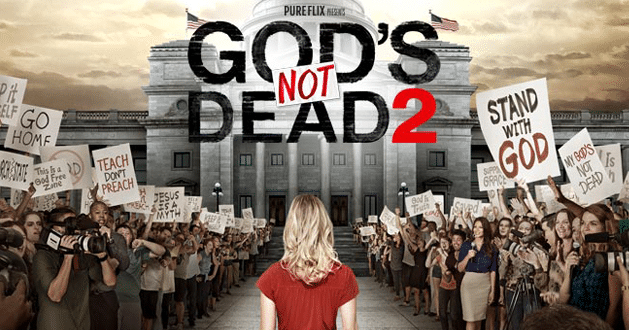 REVIEW: ‘God’s Not Dead 2’ a much-improved sequel, with a warning to Christians