CALAIS, France — Work on building a wall along the approach road to the French port of Calais to try to stop migrants from jumping aboard trucks bound for Britain will begin this month, British officials said.

Immigration Minister Robert Goodwill told lawmakers that security was being stepped up in Calais, home to the “Jungle” camp where thousands of migrants fleeing war and poverty in the Middle East and Africa hope to cross the English Channel to Britain.

The camp and a Franco-British border control deal that effectively pushes the British frontier onto mainland France have been hotly debated since Britons voted in a June referendum to leave the European Union.

Goodwill said the wall was part of a 17 million pound ($22.75 million) package of security measures agreed by Britain and France in March.

“We are going to start building this big new wall as part of the 17 million package that we are doing with the French …   We’ve done the fence and now we’re doing the wall,” Goodwill said on Tuesday.

Shrubbery has already been cleared on one side of the Rocade road but there was no sign of workers or machinery at the site on Wednesday. A local official said the project would be completed by the end of the year.

A document shown at a public meeting organized by the Port of Calais on July 6 showed the wall would be made of smooth concrete to make it harder to scale, but lined with plants and vegetation on the inside to minimize the visual impact.

France dismantled the southern half of the Jungle camp in February and March and the government said last week it would shut down the rest, but gave no timeframe.

(Reporting by Elizabeth Piper in London and Matthias Blamont in Calais; Editing by Richard Lough and Gareth Jones; Reuters) 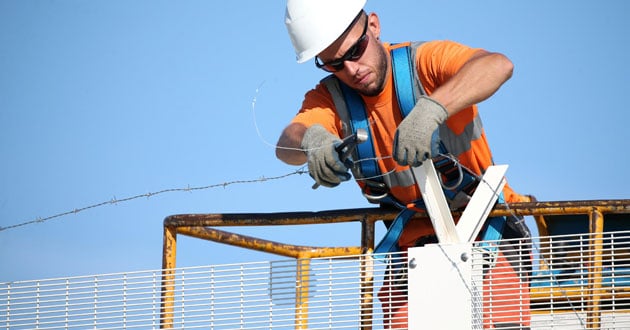 Go ahead, build a security wall…Unless of course you are Israel!