The Fellowship of Christian Athletes (FCA) announced it has distributed 190,000 Bibles in 2019. FCA, a sports ministry, prints about 200,000 Bibles yearly and also distributed 2.5 million Bibles around the world over the last 15 years. 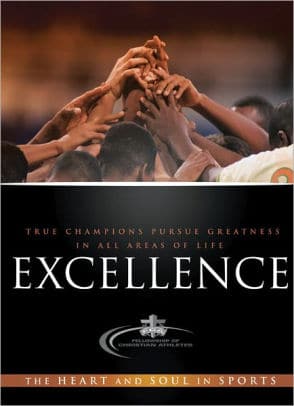 FCA’s President and CEO Shane Williamson said God has blessed the Fellowship of Christian Athletes because of its commitment to Bible Ministry. “We’ve not compromised our focus and commitment to God’s Word and biblical truth. Today, FCA is one of the largest distributors of Bibles in the world. The Great Commission in Matthew 28:18-20 doesn’t only rally us, but it tells us to teach all who hear the message to obey. How do we do this? We use God’s playbook, the Holy Bible, to share the life-changing message of salvation.”

The coach Don McClanen founded the Fellowship of Christian Athletes in 1954 with the goal to lead athletes and coaches into a growing relationship with Jesus Christ. Legends like Tom Landry, Kay Yow, and Tony Dungy are some of the coaches that have joined FCA over the years.

FCA’s priority is to make Jesus known by sharing the Gospel of Christ as seen in the following timeline.

The first FCA Bibles were printed for Camp in 1956 with the FCA logo on the cover. As FCA Camps grew, new Bible covers were designed with each year’s theme, and more camp curriculum was added. The Bible became a vital resource for those leading Huddles and one-on-one discipleship meetings. Today, this resource is referred to as FCA’s “Athlete’s Bible” and it continues to be the cornerstone of the Bible ministry. Each year, every camper at FCA Camp receives an Athlete’s Bible, and it is FCA’s most requested Bible resource.

FCA’s Bible distribution exploded when FCA introduced a Sports New Testament that included testimonies from pro athletes. Today, FCA has printed more than 1 million of these resources. Staff in Mississippi dreamed up the concept of a Coach’s Bible that included 365 devotions written by and for coaches. The resource was a hit! Due to the Coach’s Bible popularity, the Competitor’s Bible for athletes was released. Today FCA prints, distributes and engages coaches and athletes with 15 Bible resources.

A 2013 partnership with YouVersion offered FCA reading plans to engage coaches and athletes in God’s Word. FCA began releasing e-Bible versions of all Camp Bibles in 2015. Today, FCA has more than 50 Bible reading plans in numerous languages on YouVersion, including Spanish, Ukrainian, Russian, Chinese and Korean. Users have subscribed to digital Bible reading plans over 1.5 million times in just over five years, with nearly 1 million completions.