Home » Exclusive Interview with Media Entrepreneur Wayne Dupree: ‘God Has Been in My Life Forever—and He Keeps His Promises’

In an exclusive interview with Christian News Journal, conservative activist, talk show host, entrepreneur, and author Wayne Dupree shared the roots of his deep faith going back to the earliest days of his childhood—and how his Christianity sustains him and drives him to this day.

“It goes all the way back to when I was adopted,” he told editor Corine Gatti-Santillo in a video interview. “My father was a pastor and my mom was the church superintendent. And we were in church all the time. We were raised up on the Pentecostal side. So, yes, I grew up in the church. I grew up in the choirs.”

His mother also hosted a gospel broadcast every Sunday night on the eastern shore of Maryland, he says—so he was steeped in that and listened to it each week as well.

“And if she wasn’t doing that, she was emceeing choirs or bringing in big-name Christian artists for concerts. So God’s been in my life forever—and I’ve seen many miracles. I’ve seen many things to strengthen my faith [over the years] to know that God is real—and that He keeps His promises.”

In a tough and polarizing culture in 2021, Dupree says that his faith in God keeps him “rooted”—and that God has “made me who I am today.”

He says he is raising his three children to understand that, too—“that this is the way they should be going.”

Dupree—an Air Force veteran—is a featured speaker at this year’s Conservative Political Action Conference (CPAC) in Orlando, Florida, which runs from Thursday, Feb. 25, 2021, through Sunday, Feb. 28, 2021. He manages his popular website, WayneDupree.com, and he is active in the conservative community. He was most recently at the White House last year to speak with former President Donald Trump about job issues, race relations, and other top concerns to the African-American community, and in 2017 he was named to Newsmax’s top Influential African-American Republicans.

Dupree says that today, he can joke about how much time he spent in church as a child—“We went to church 10 days out of seven,” he says. And he recounts vividly a prophecy he heard as a young man when a preacher noticed him as he went up to receive prayer during a service.

“A preacher had come into town—he didn’t know me from Adam. And [at the front of the church], he put his hand on me and he said, ‘This young man is going to be speaking to large audiences. He is going to be teaching.’ I never knew I was going to get into this [a career in media]. But I never forgot that.”

Related: Exclusive: Singer-Activist Joy Villa: ‘Faith in God Is at the Core of Everything I Do’

“Being rooted in Jesus” is what matters, emphasizes Dupree. “I always believe He has His hand on my life.”

He also recounts how his prayer-focused parents put a meaningful sticker on the outside of his bedroom door when he and his siblings were children. The sticker said—simply and profoundly—“King’s Kids.”

“My parents prayed for us every day and every night,” he says.

Dupree also shared his thoughts and concerns about the new Joe Biden administration, and much more.

“If Joe’s up there, God allowed it. God allowed it,” says Dupree. At this time in our nation’s history, “people are going to have to run back to God … Because right now, the people who are in charge are not God-friendly.”

Employee Leaps Through Drive-Thru Window to Save Customer 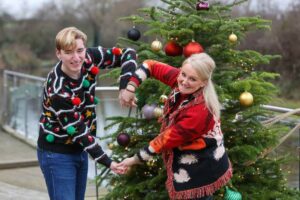 Meet the Teen Helping Over 2,000 People 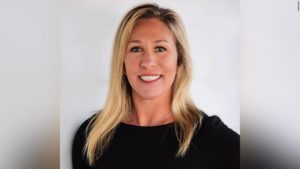 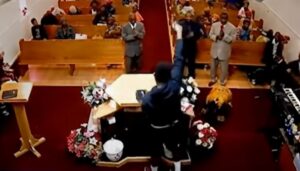 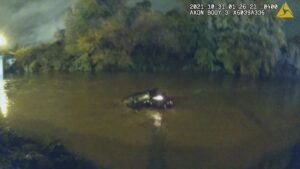 Acts of Kindness That Will Inspire You