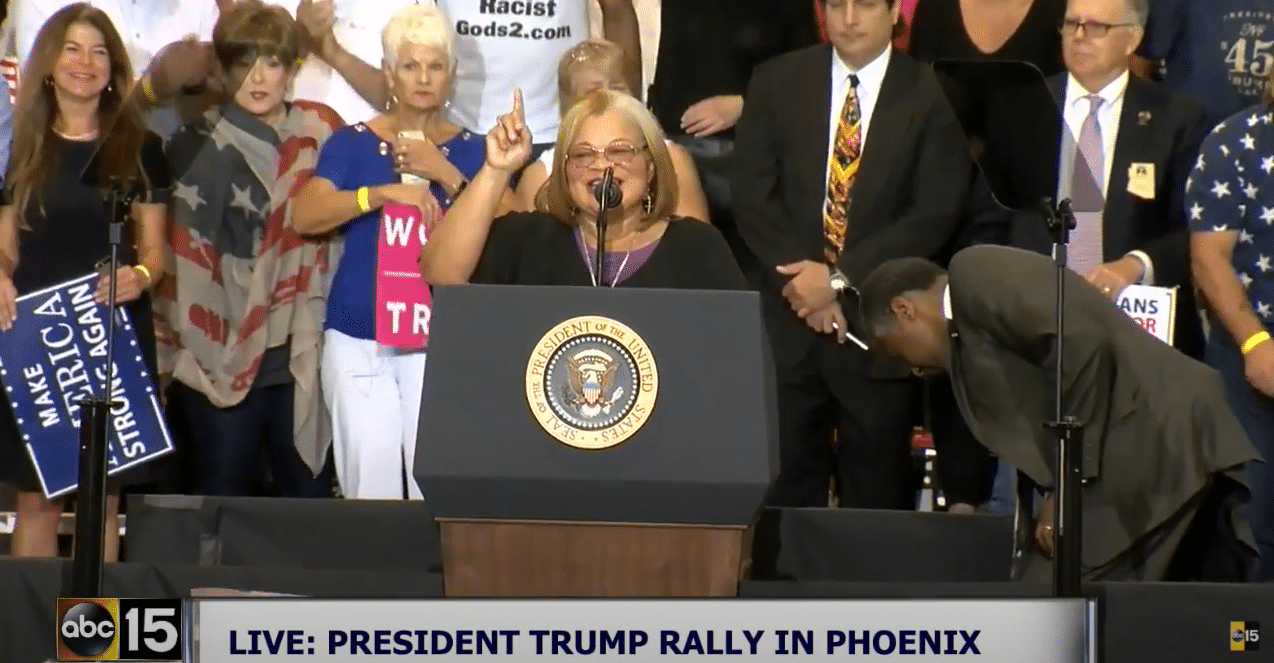 Alveda King, in a new editorial published at the Center for the American Dream, dejected Critical Race Theory as racist and anti-American. She also condemned MSNBC and CNN hosts for being racist in their calls of support for the decidedly communist belief system. She called out their ignorance of her uncle, the great Civil Rights Activist Martin Luther King Jr., saying he would never support anything in Critical Race Theory and believed the opposite of much of what the curriculum teaches.

“Let me be clear: Martin Luther King, Jr. would not have stood for racist beliefs embodied in CRT (Critical Race Theory), which seek to segregate our society by ensuring oppressed classes. Rather, Rev. King was a true patriot and as he wrote, his dream was ‘deeply rooted in the American dream,'” King wrote in her editorial defending her uncle and the patriotism and love of the American values outlined in the Declaration of Independence that he stood for.

She also set the record straight that her father was not fighting for black supremacy, but rather for an integrated society founded on freedom, justice, truth, and equality for all. She stated “King supported a society that celebrates the content of one’s character over the color of one’s skin but that does not mean society is colorblind. He held that a truly patriotic belief united all Americans, regardless of ethnicity or skin color, understanding that we are all members of the human race.”

She also dejected Critical Race Theory as the polar opposite of these uniting values, saying “This belief is in direct contravention to what CRT proponents espouse. Compare this with what was recently taught in Fairfax County, Virginia—a course entitled, ‘AC-1608: How to Be an Antiracist Educator,’ which includes reading material that argues ‘whiteness” is a problem.'”

She says the election of Winsome Sears as Virginia’s first Black Lieutenant Governor and first female lieutenant governor of color proves the true racists are those who espouse Critical Race Theory and not the average voter, who chose a black woman to serve one of the highest offices in the state of Virginia.

King also calls out how Critical Race Theory is hurting children in the classroom, and she says “CRT and its accompanying teachings have tangible negative results in the classrooms and on the students in them. One recent example includes a mother removing her six-year-old daughter from Loudoun County Virginia Public Schools after her daughter was assigned to ask if ‘she was born evil because she was a White person.”

The event King is referring to was when a Critical Race Theory supporting teacher in a government school was teaching that white people are exclusively born evil and asked one of her students an affirmative question of the unscientific belief.

In place of Critical Race Theory, Alveda King instead calls on all Americans to remember we are one race, the human race, and that, to forget this central tenet of scientific truth, is to segregate humankind with poisonous hate. “When we forget that we are one race — the human race — we begin segregating ourselves and creating division in our nation,” King said in an editorial published in the New York Post.

Trending In News Stories on Religion and Faith, U.S. News and Headlines