Coming out Christian | Wonkette’s revelation about herself…and us

Home » Coming out Christian | Wonkette’s revelation about herself…and us

In 2004, a new player in what might be called Washington’s Political-Entertainment Complex was born, the blog known as “Wonkette.” A combination of satire, gossip, and sarcasm, “Wonkette” was the creation of Ana Marie Cox, who helped define the form of writing that would come to be known as “blogging.”

Cox left “Wonkette” and eventually Washington, but she never stopped being a symbol for a kind of liberal and snarky sensibility, which is why what she recently wrote about herself at the Daily Beast caused such a stir. Actually, it knocked my socks off, metaphorically speaking, of course.

She wrote that “Since leaving Washington, I have made my life over and I am happier, freer, and healthier in body and spirit and apparently it shows.” People ask her “what changed?” and “how did you do it?” 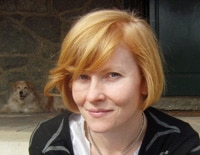 “The honest answer,” Cox writes, is “I try, every day, to give my will and my life over to God. I try to be like Christ. I get down on my knees and pray.”

This isn’t an answer she felt free to give in conversations with her colleagues in the media. She recalled telling people at Fox News about her faith and, to put it in less colorful language than she used, it didn’t go over very well.

To those who might see her previously “closeted Christianity as evidence of a liberal media aversion to God,” she replied that it had “nothing to do with fear of judgment by non-believers.” Instead, she was “nervous to come out as a Christian because [she worried that she was] not good enough of one.” Her fear wasn’t that “non-believers [would make her] feel an outcast.” She worried that Christians would.

Why would she worry about that? She saw the exchanges about whether the president is a Christian and wondered if, because of her liberal politics, they would ask the same questions about her. She admits that “the Word is still a second language I speak less than fluently” and wonders if she, too, is not a Christian in any “meaningful sense,” as was said of the president.

It’s an especially poignant question. Especially coming from someone who wrote that the fact she is “completely whole and loved by God without doing anything” is a “painful and reoccurring” stumbling block in her journey of faith.

The good news is that Cox’s willingness to share and be vulnerable touched a chord with many of the same Christians whose reaction she worried about. In a follow-up piece, she wrote that she “was proven wrong in the most wonderful way: I found amazing warmth and generosity that far outweighed criticism and negativity.”

She continues, “Many wrote to say that it was my brief discussion of my own insecurities that resonated the most strongly.” Others acknowledged that they have treated liberal Christians judgmentally.

In the end, instead of being the occasion of rejection, the public confession of faith prompted the “best response” she had ever received in her professional life.

Praise the Lord that Cox’s fears were proven wrong. This doesn’t mean that we can’t have real discussion about what it means to be a Christian and whether that should affect our political beliefs, because that’s something that I often do and think we all should do. But the question is, how do we do it? Now if we’re honest, we have to admit that sometimes we don’t love our fellow Christians as we should. Especially those with whom we may have disagreements. But if the world doesn’t see us love one another, will they know we are Christians at all?