Churches on Front Line of Responding to Nation’s Drug Epidemic, Ministering to Those Affected

Home » Churches on Front Line of Responding to Nation’s Drug Epidemic, Ministering to Those Affected 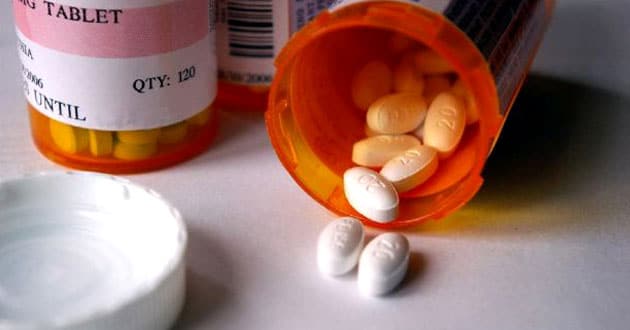 Opioid addiction remains at crisis levels in the United States, and churches are faced with the challenge of serving those affected by the addiction epidemic.

According to the Centers for Disease Control and Prevention (CDC), increased use of opioid medications like oxycodone (OxyContin), hydrocodone (Vicodin) and morphine in the past 20 years has led to widespread misuse of both prescription and non-prescription opioids, like heroin and illegally made fentanyl. Prescription drug misuse is now among the nation’s most commonly used illicit drugs, second only to marijuana use.

In the midst of the epidemic, pastors have seen the tragedy play out in the lives of people connected to their church and even among members of their congregation.

A 2018 LifeWay Research study asked 1,000 Protestant pastors about their personal connections with the opioid epidemic and how their churches are addressing the issue.

The study revealed that two-thirds of pastors serve congregants with a family member who is personally affected by opioid abuse. Half of those pastors say someone in their church deals with an opioid addiction.

Robby Gallaty, pastor of Long Hollow Baptist Church, Hendersonville, Tennessee, and a recovered opioid addict, writes in his book “Recovered: How an Accident, Alcohol, and Addiction Led Me to God,” that the drug epidemic is not localized to a particular region or socioeconomic class.

“Addiction is no respecter of persons,” Gallaty said.

Roughly 4 out of 5 pastors say their churches serve people with opioid addictions through prayer and discipleship. Fewer than half offer physical support in the form of food, shelter or clothing while 1 in 8 pastors admit their church currently isn’t doing anything for people battling opioid addiction.

Even though most pastors have first-hand experience with someone suffering from opioid abuse, Gallaty said that many don’t know how to respond to the crisis.

Churches can begin to address the problem by educating their people on the dangers of addiction, talking about it publicly and preaching sermons about the topic, Gallaty said.

A nonprofit educational program designed to help students and adults learn how to make wise choices, ACB provides an extensive list of online resources to aid schools and churches in dealing with the opioid crisis.

A 5-minute video at the ACB website introduces viewers to the ways opioid addiction can start and how addiction affects not only the addict but the addict’s friends and family as well.

The ACB website also includes a list of opioid addiction facts and statistics, tips on how to respond to an overdose or safely dispose of drugs and links to many other resources to assist pastors and churches to build a support program for those affected by the epidemic.

All ACB resources are free to download and may be used in churches or schools.

“Churches can partner with local schools using our materials to help educate the entire community on the problems and solutions to the opioid crisis in America,” Godfrey said.

Gallaty said church congregations need to be aware of addiction and ready to serve people who are affected.

“When people come to our churches as hospitals for healing, pastors should have a game plan to help them,” he said.

– Written by Lanell Downs Smith and originally published by The Alabama Baptist.

The Alabama Baptist is an entity of the Alabama Baptist State Convention and is mailed into more than 55,000 homes, with a total readership of about 200,000. More than 3,000 subscribers receive the PDF edition each week, and many more engage the conversation on social media.

Trending In Featured News, Stories on Home and Family